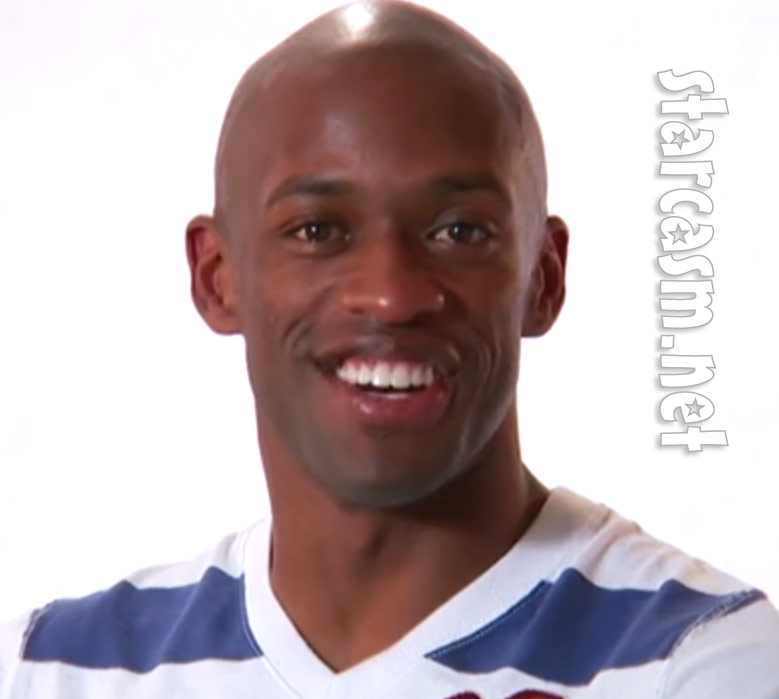 This isn’t the first time around the reality block for Keith Henderson of Bolingbrook, IL. If you’re one of the 40 to 50 people who watched Genuine Ken: The Search For America’s Next Great Boyfriend then you may recognize the confidant man you see above. Keith tried to be perfect but fell short. Proving he’s not one to quit the 32-year-old is going to take a run at the $500,000 grand prize that awaits the winner of Big Brother 13. Let’s get to know the man who was labeled “Heartwarming Ken” (I’m sure his boys had to give him hell over that) so we can see if he’s got what it takes to get it done. 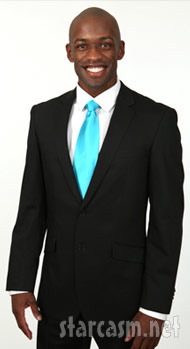 Courtesy of his bio via CBS it says that Keith is a kiss-ass, charming and adorable Human Resources Manager that enjoys the simple things in any beefcake’s life like working out, hanging with his brosephs, going to church, dancing, writing poetry and jumping on anything spontaneous. Wait, writing poetry and dancing – maybe he is heartwarming after all!

As for Mr. Henderson’s strategerey, lets just say he’s pretty confidant about his skills. He believes that he’ll use his professional background in human resources (what is he going to fire people or make them fill out insurance forms) and that all the dudes will want to hang with him while all the ladies will want to be with him. He does know his BB history as he cited BB2’s ChillTown and the fact that the show’s first alliance was an influence on his game.

So what does a man like Keith miss when he’s stranded amongst people who are going to adore him? A toothbrush for his perfect pearly whites and a Bible to keep him grounded he says. If he wins he wants to share the bank with his fam and hope that it will open more doors for his, wait for it, wait foooooor it, acting!

Here is Ken’s preview video from CBS. I’ll follow-up with a full transcript:

Q: Other than the money, why do you want to win Big Brother?

Ken: It’s going to be a great experience and I want the world to see me and see what I’m about and get to know Keith and who Keith is.

Q: What did you leave behind to play Big Brother?

Ken: I left a family that is very close to me. I’ve got an identical twin brother, I’ve got a niece, my church back home my cellphone. I left all that behind to come into this Big Brother house and play for the half-a-million dollars.

Q: How will you make this the most unique season so far? 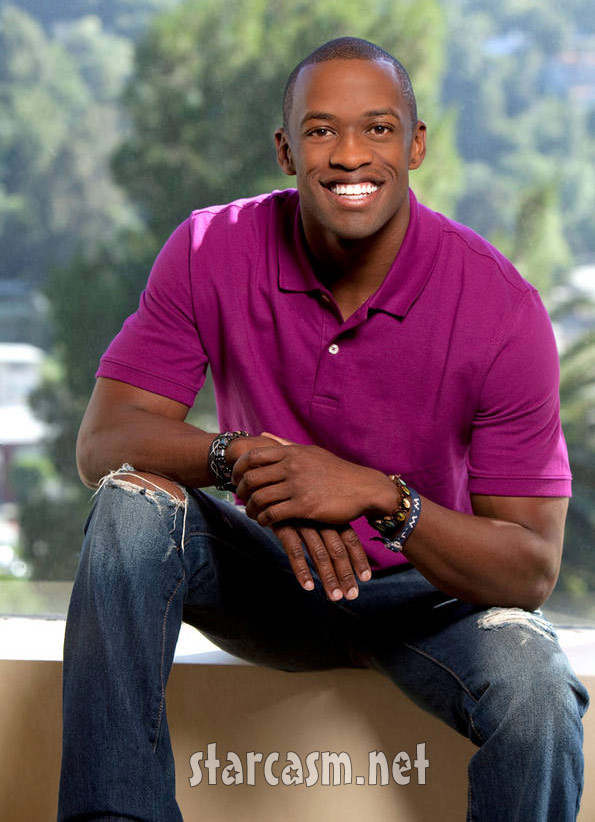 Q: What is your worst fear about being in the house?

Ken: There’s going to be so many girls around that’s going to be the only thing that could make my alliance blow up. I end up falling for one of these girls and I get, my game play gets all messed up I may self destruct. I have a weakness for women, you know my heart is on the line and if I see somebody walking past me and she looks like she has honey dripping off of her (Cassi Colvin in lingerie) I’m just definitely going to want to take a bite out of that so that’s what going to hinder me.

Q: Who is your favorite Big Brother player ever?

Ken: It is definitely Jen from Season 8. The girl is hot, she had the tank tops and the little small shorts and the girl was beautiful, very good to look at. Little bit of Skittles on the brain but she was definitely good to look at. For me that’s what it’s all about. For me I got the, I have enough brains to take me through the house but I want to be able to have something to look at and have some candy and have some honey. That’s what I like so I like Jen, she was my all-time favorite. 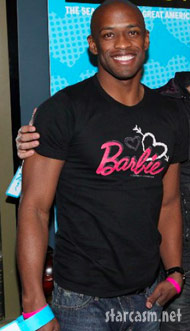 Q: Are you looking forward to a showmance this season?

Ken: Most definitely I’m looking for a showmance but I’m going to be smart about mine. I’m going to within my alliance make sure my showmance is right there with me so I can have my cake and eat it to. I won’t have to worry about people saying, “What’s going on with them?” “What’s going on with that?” I’m also going to use my HOH power to my advantage to. A girls comes to me and says, “What can I do to keep myself off the block?” I’m going to say, “What do you mean come talk to Santa. Sit on Santa’s lap. If you give me a kiss I’ll get you off the block.” I don’t call that blackmail I call it “brownmail.”

Q: How far will you go to make your way to the top?

If you will give me just one second to wipe the blood out of my eyes and ears. (Deep breath) Did I really just transcribe that much nonsense!?! We got third person references. A man who has pre-planned an alliance with three women and named it after himself. A man who’s going to use his HOH powers to have the ladies come sit on Santa’s lap while in his mind knowing he’s “brownmailing” them. A man who is as horn-knee as a 16-year-old boy. A man who has already failed at reality competition as “Heartwarming Ken.”

I’m going out on a limb and calling my shot that if he doesn’t win HOH or POV in week one he is the first out, and I’ll double down by saying for sure he’s the first new contestant to hit the road (folks may go after previous contestants like say winner Jordan first). Did he say he’d take his Bible to keep him grounded!?! Stunning 🙂 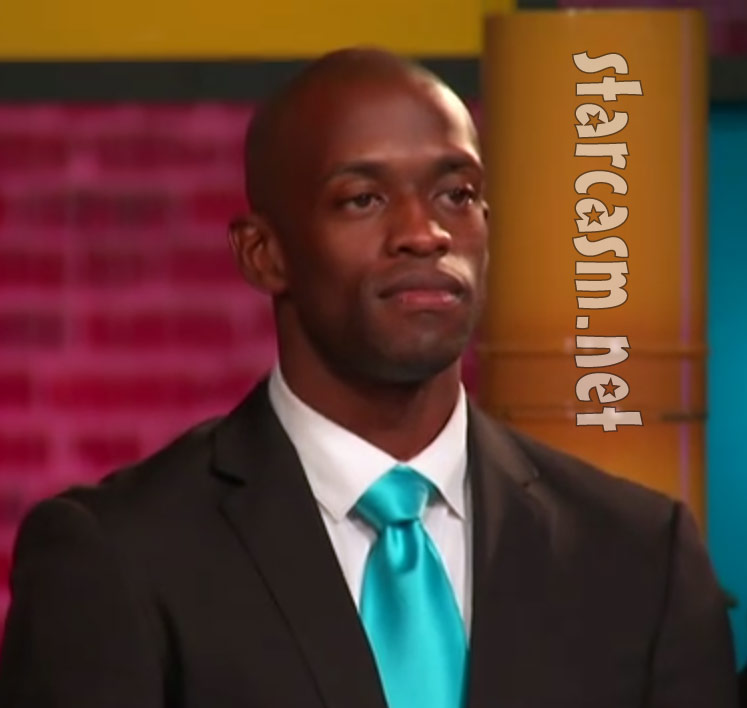 If you want to see exactly how bad our boy Henderson goes down in flames I suggest you sign up for the all access Big Brother Live Feed by clicking on the logo below. I think Keith is going to get pretty lonely in the hot tub folks.

Just for more Keith amazement here’s his interview clip that he did for that “Ken Doll” show back in the day:

Oh man I think Keith is in for a seriously rude awakening. Now please note that all of my trash talk probably means he’ll end up winning somehow. You know I just can’t freaking help myself on this one. Here’s a sample of his poetry that was part of his Ken Doll resume.

Love, love as much as I do
Love me as much as I love you
Love is powerful, both dear and true
L-O-V-E Y-O-U
Day by day it feels brand new

And here’s his best introduction to the ladies to get some of ol’ Kris Kringle’s bells a jingling:

Hi, my name is Keith. And I’m ready: reliable, educated, ambitious, devoted and yummy. Yeah, I said yummy. This is the type of chocolate that’s good for your health.