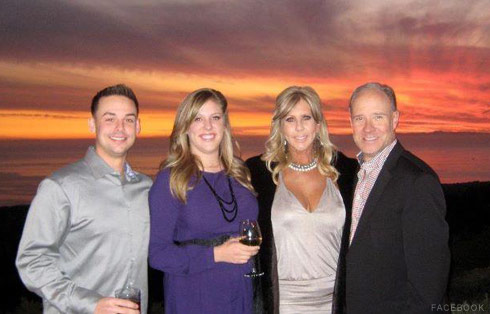 UPDATE: Looks like these photos were taken at the season finale party, a.k.a Bowgate and EvilEyeGate.

The Real Housewives of Orange County‘s Vicki Gunvalson has seen a lot of changes during her six seasons on the inaugural Housewives franchise, and the upcoming seventh season promises more of the same! Viewers will get to meet Vicki’s new boyfriend Brooks Ayers (her first relationship since her divorce from husband of 16 years, Donn Gunvalson), and we will see Vicki’s reaction to her daughter Briana Wolfsmith’s surprise elopement with Ryan Culberson!

Vicki and her revamped family posed for some lovely sunset photos on the coast of somewhere (possibly Costa Rico where Vicki was recently vacationing – or it could be just around the corner from their Orange County home.). In the photo above we see (from left to right) Briana’s new husband Ryan Culberson, Briana Wolfsmith, Vicki Gunvalson, and Brooks Ayers.

Here is Vicki and her new man Brooks Ayers looking like their love tanks are full: 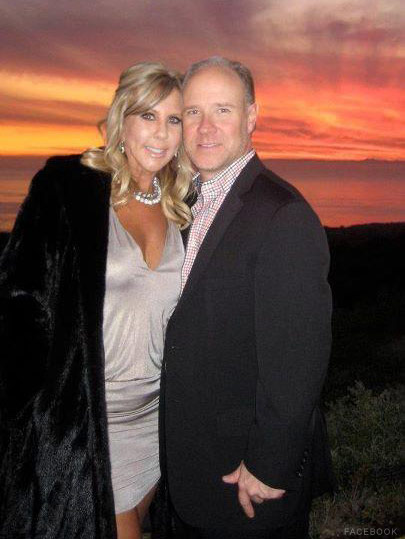 (A lot of internet commenters have pointed out that Brooks looks a lot like Donn Gunvalson. What do you think?)

And here’s Vicki with her lovely daughter Briana, who I have always been a fan of from her limited appearances on the show: 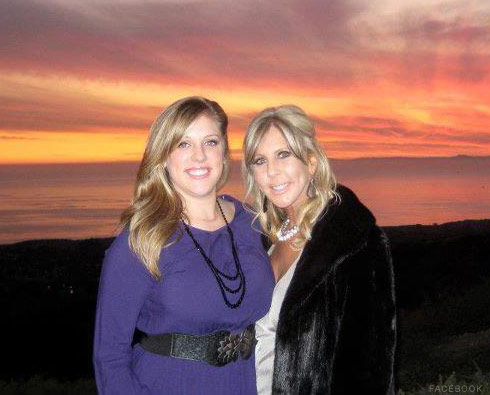 Congrats to Vicki and her fab new fam – I look forward to meeting Brooks and Ryan on season 7 of The Real Housewives of Orange County! (The cast had their Season 7 Finale Party Saturday night so now it’s just some voice over work and it will then be in the hands of the Bravo editors!)

VIDEO Brooks Ayers update: Vicki ‘hates him with everything in her,’ more reactions