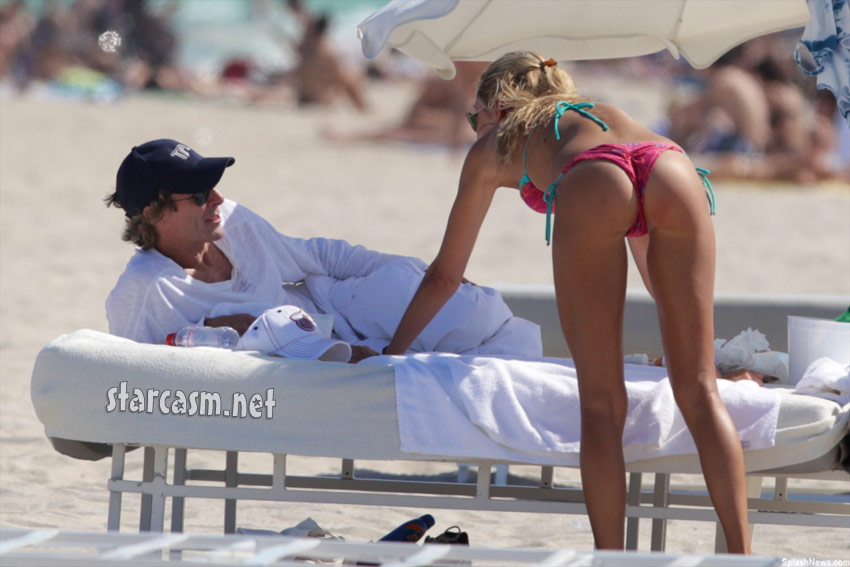 Back when E first announced the cast for The Spin Crowd I was drawn to model Lauren Stoner and her ability to look fine topless and in a thong. Now that she’s been photographed with director Michael Bay of Transformers fame I guess you could say I’ve got an elite Hollywood eye for talent!

Bay, 46, spent the day at the beach in Miami with Lauren. Michael was dressed all in white, except for that blue Transformers 3 baseball cap on his dome, you know just in case folks weren’t aware of who they were dealing with. According to the paps on hand the couple spent several hours at the beach together before returning to Bay’s Miami hotel. 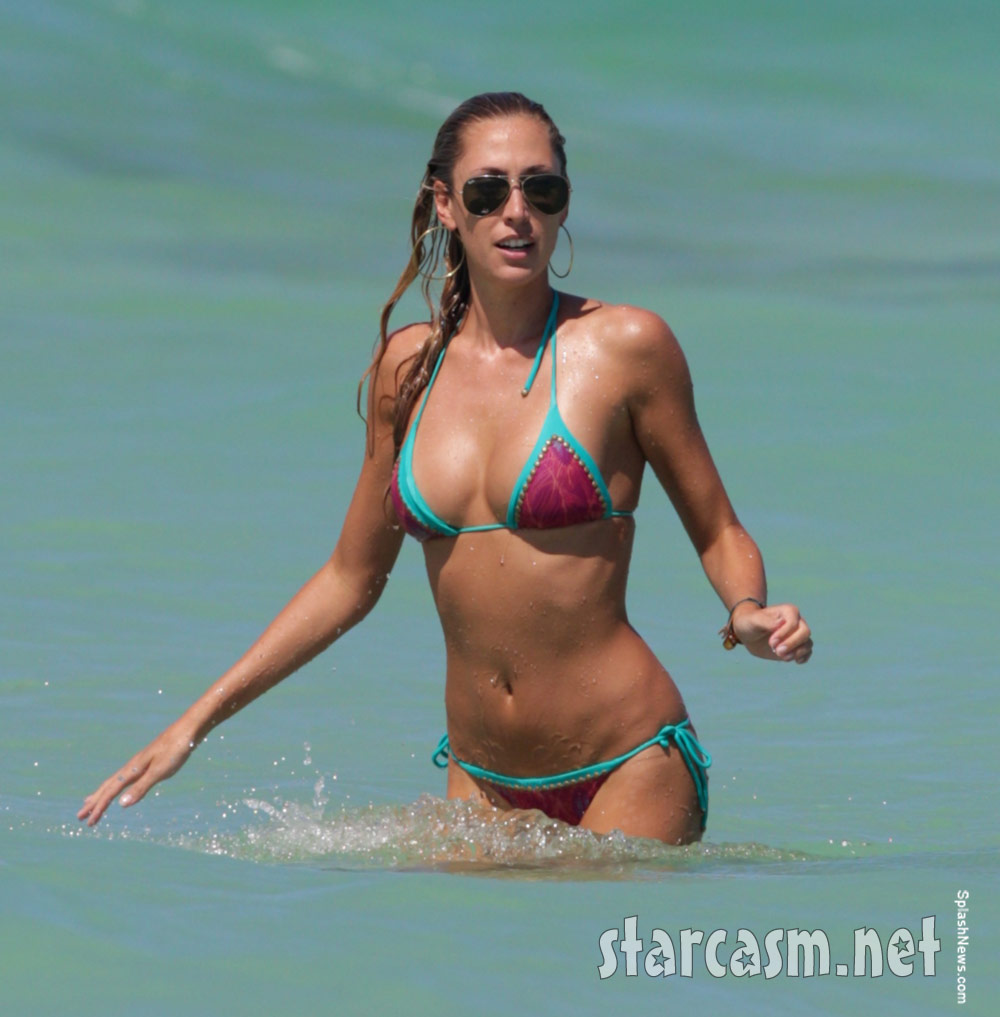 Lauren Stoner in a bikini on the beach with Michael Bay

As for The Spin Crowd, the Kim Kardashian produced show didn’t have very much success as it only had an 8 episode run before E pulled the plug. Lauren recently tweeted the following about the show:

That about sums that part of her life up. She’s made no tweets about Michael so I’ll guess we’ll all have to wait and see if Miss Stoner is, “Sittin’ on the {ahem} dock {ahem} of the Bay” or not :-). Time for one more long parting shot of Bay’s eye candy. Those waves were trying to score us a wardrobe malfunction: 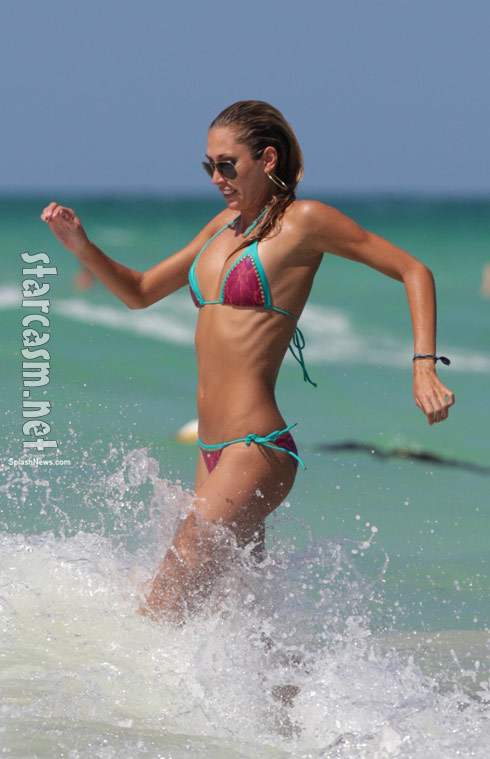