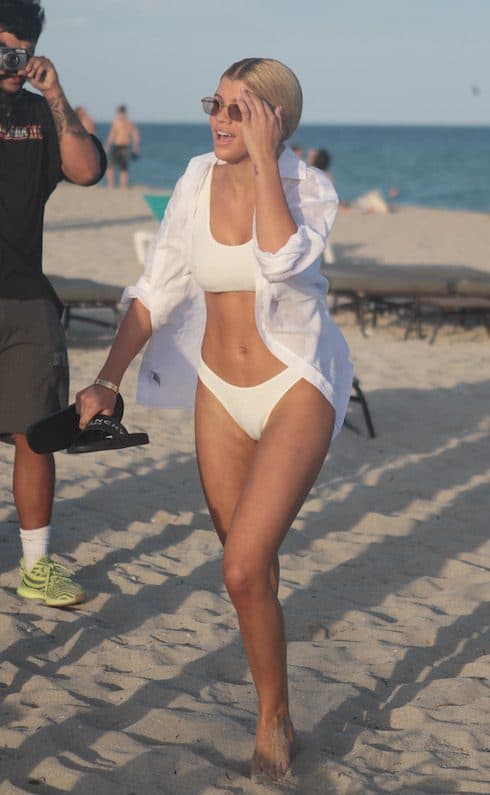 Sofia Richie’s recent multi-day frolic along Miami Beach yielded an impressive Sofia Richie thong bikini photo gallery — including several more revealing shots — amid rumors that she’s either set to join the cast of Keeping Up With The Kardashians or is on the verge of dumping Scott.

Sofia, 19, and Scott, 34, spent last week in Miami at the 2017 Art Basel gathering, as well as attending to their own best interests. As we reported, Scott allegedly hitched Sofia’s wagon to his horse and made them both part of an all-or-nothing “package deal” for the next season of KUWTK. Evidently, Scott thinks he’s enough of a fan favorite that Kris Jenner won’t be willing to let him walk.

Meanwhile, eagle-eyed Kardashian observers pointed out that arguably the most eye-popping of the Sofia Richie thong bikini pics came when Scott was nowhere in sight. As contradictory reports that the pair’s relationship has begun to “fizzle” circled, Sofia went for a stroll with only paparazzi in tow. And did her best Ursula Andress imitation: 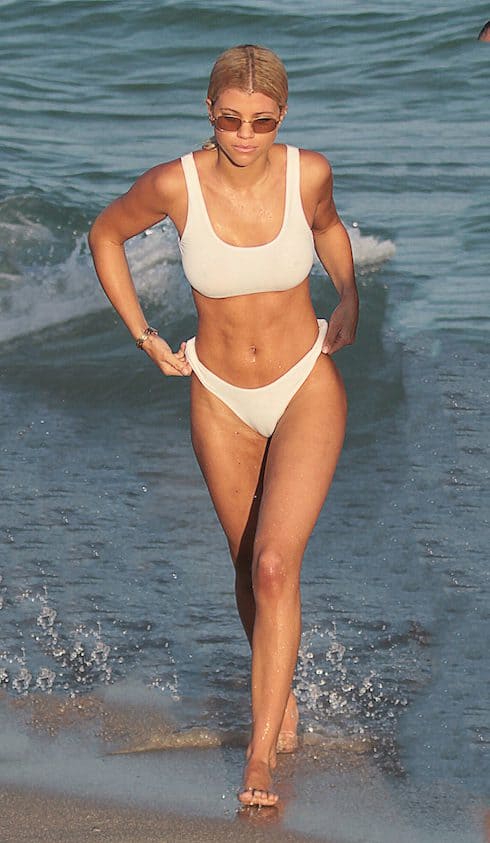 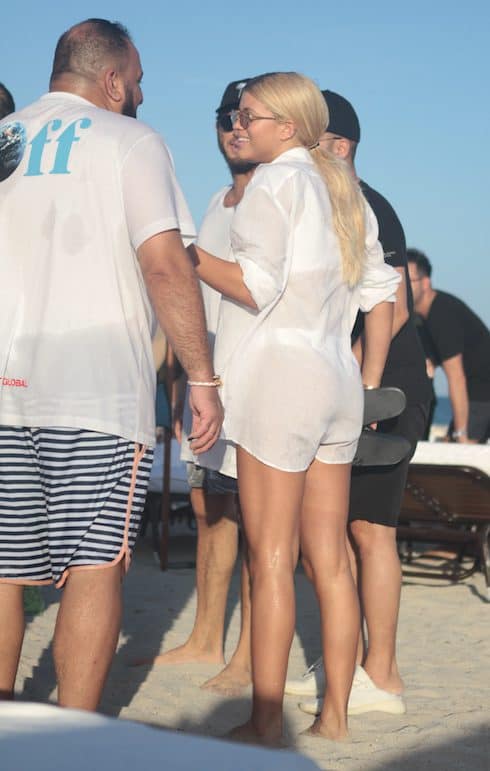 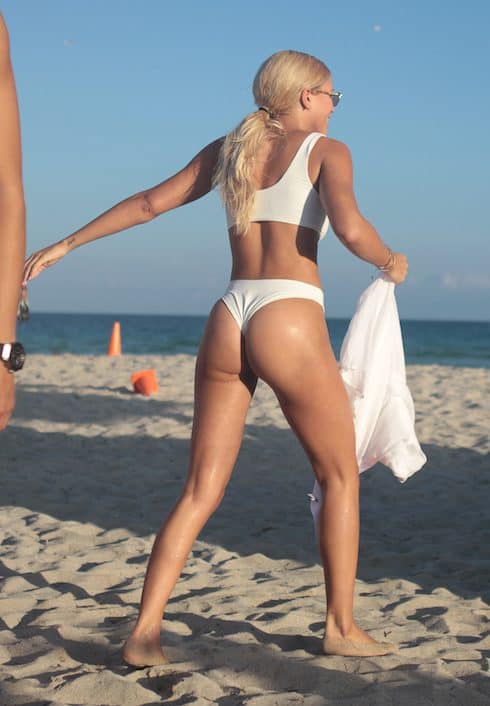 Photo agency reports indicated that DJ Khaled was among Sofia’s crew earlier in the day, as she gave gawkers plenty to look at while jet skiing: 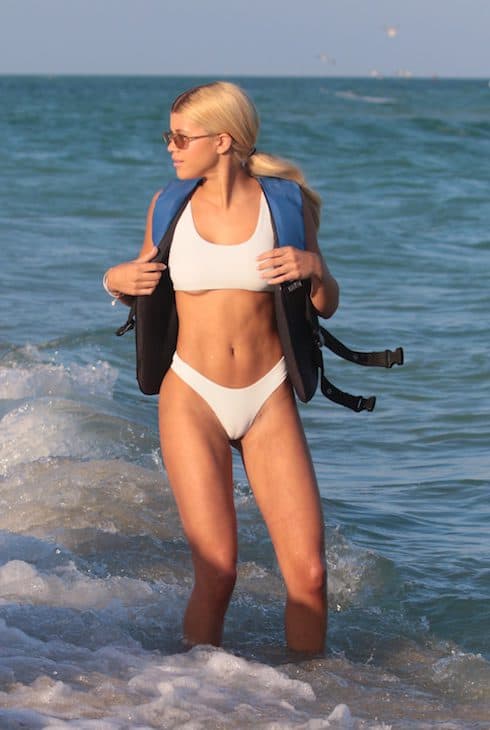 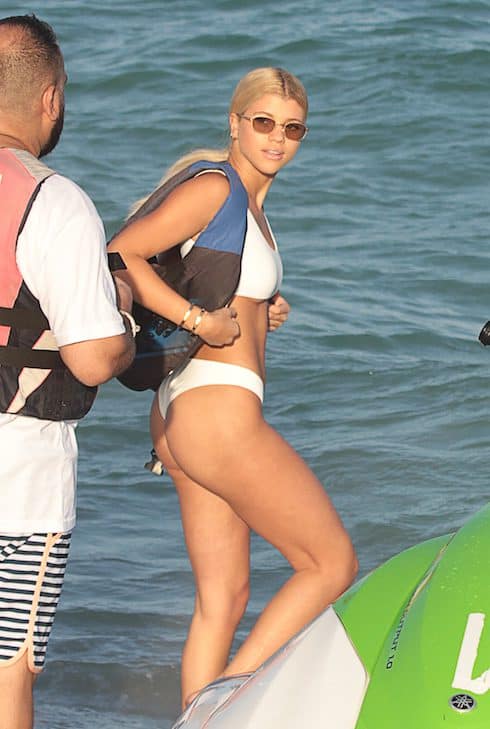 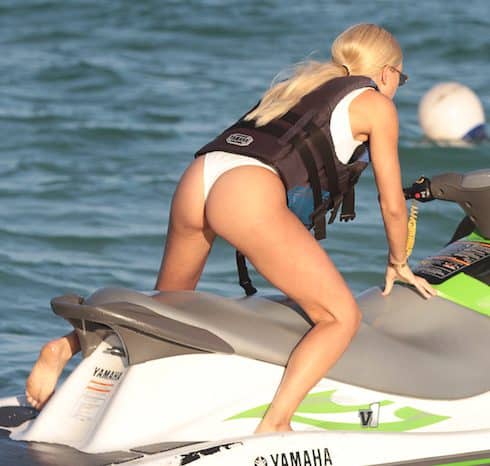 Since Sofia’s return, a pair of new tabloid reports have offered up new developments in Sofia and Scott’s PR game. The Daily Mail is reporting that things between the two of them are likely heating up, and cited Sofia taking her mother, Diane Alexander, to visit Scott at his Calabasan home this week as proof. (Fun fact: Alexander, 50, is almost exactly as many years older than Scott as Scott is older than Sofia.)

And The Sun claims that Scott has actually been “filming his own reality show,” starring himself and Sofia, in a bid at “reviving his career.”

Said The Sun’s anonymous source, “He’s been desperate to get something in the pipeline again, and he knows it has to be amazing to persuade TV bosses to give him a second chance. He pitched a show that would capture his relationship dramas with Sofia — and their very glitzy life!”

When she did hang out beachside with Scott, the Sofia Richie thong bikini color of choice was red: 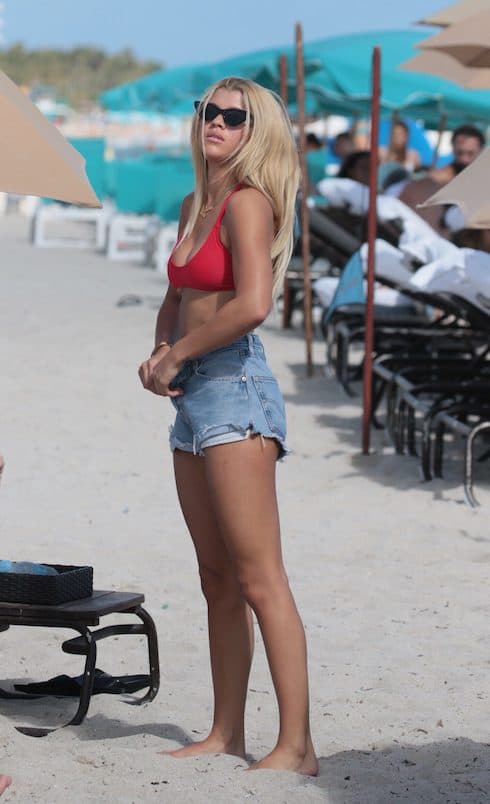 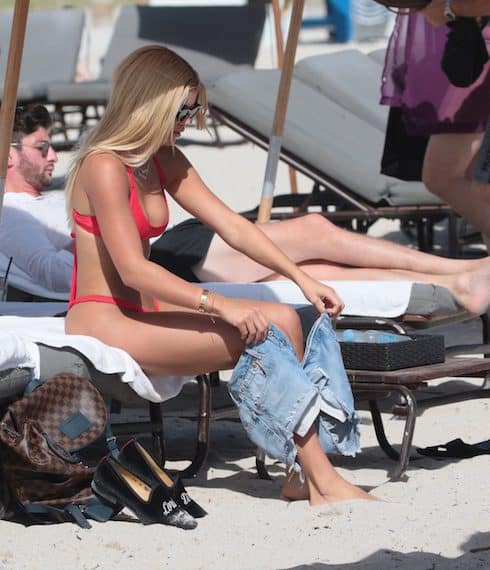 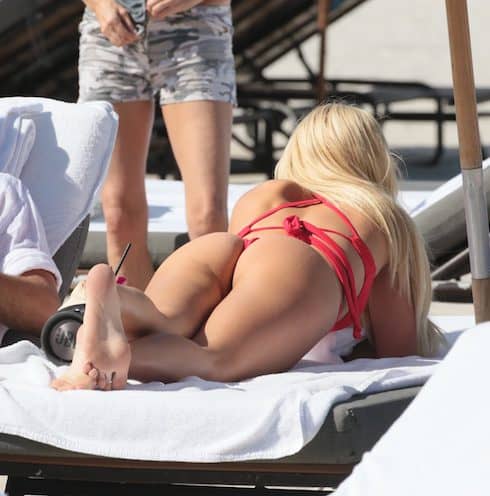 Olivia Newton-John’s daughter: Having big breasts does not make you stupid