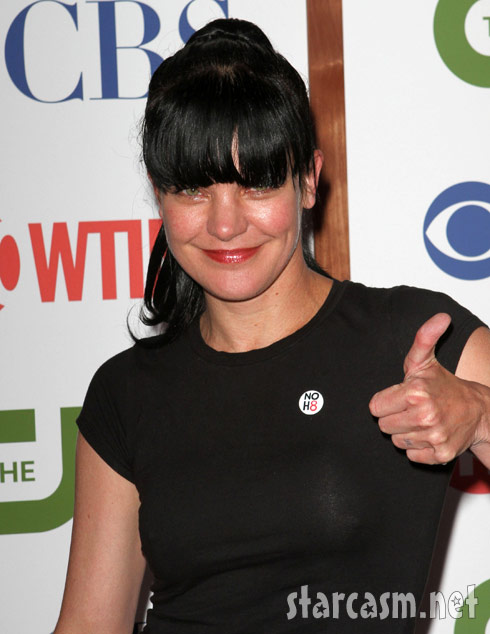 It seems to me that just about everyone loves actress Pauley Perrette who portrays the goth, hip, and smart Abby Sciuto on the mega-hit NCIS. Well my feelings have been confirmed as the latest Q ratings, a survey conducted occasionally to judge who the most popular stars are, has identified Perrette as the most popular actor in primetime.

The outspoken actress who usually dismisses these types of things with an affable an enjoyable sense of self deprecation was even taken aback a little by the news. She once made a big deal about not being on Twitter but she eventually caved like the rest of us and tweeted the following:

The Pauley Perrette photos in this post are from CBS’ TCA Summer 2011 CBS-Showtime-CW Party held at The Pagoda in Beverly Hills, CA. She looks just fine on her own of course but she also took the opportunity to pose with some other nowhere near as popular TV actors including Lily Tomlin and Chris O’Donnell.

Pauley with Lily (I think she was stoked about this moment because she tweeted an image): 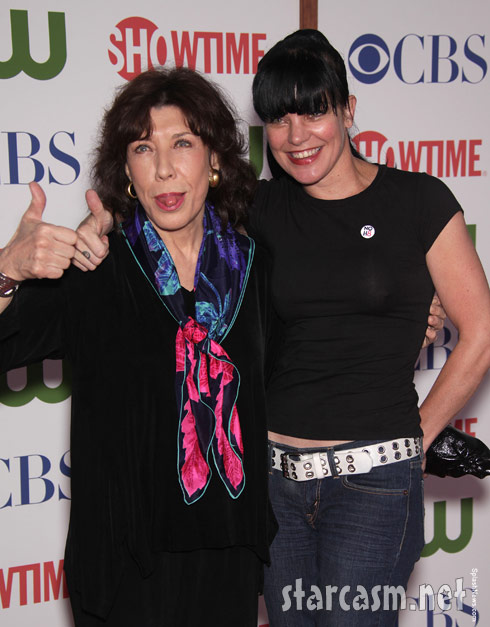 And here’s Chris O’Donnell hiding in her most-pops shadow: 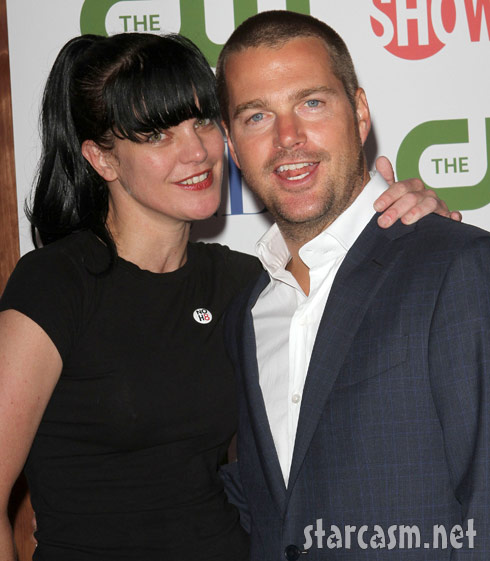 Perrette sported her signature jet black hair with long bangs hanging down in her face. Her outfit was t-shirt and jeans with boots accented by a NO H8 tag as she’s a big supporter of the silent celebrity photograph campaign that opposes California’s Proposition 8 that bans same-sex marriage.

You know I hope Pauley doesn’t let this whole ‘most popular’ thing go to her head. It would be horrible if she went all #winning Sheen on us. Wait a minute, Pauley Perrette going Sheen could possibly be the baddest-ass thing to happen to the blogosphere ever! If she does I want to be the first to volunteer to be one of her gods! I guess this is the part where Abby would politely thump me on the head as she solves yet another mystery.

As a little post note, did you know that Pauley actually pursued a master’s degree to become a forensic scientist before she ended up portraying one on TV and the song embedded above is Pauley singing with her band Lo-Ball on their song “Can’t Get Me Down.” Intimidating this girl is.

Time for one of our patented long parting shots: 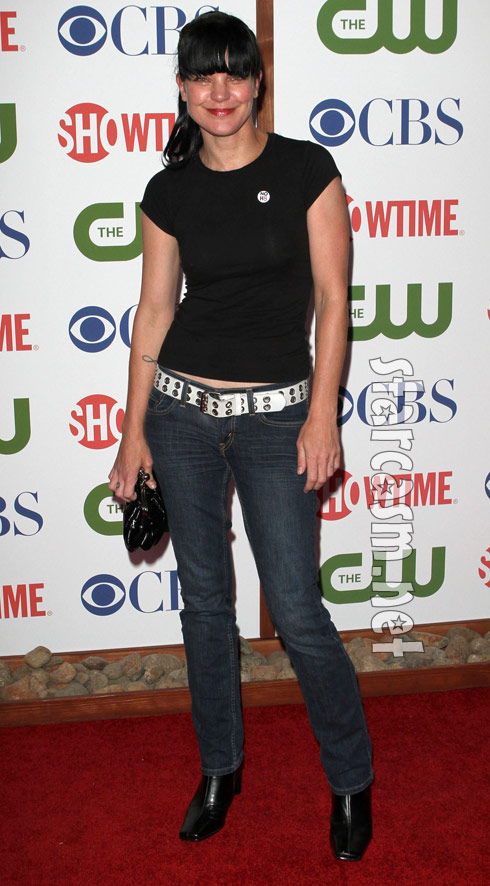 Can you guess who? Actor debuts new look on set of Mortdecai