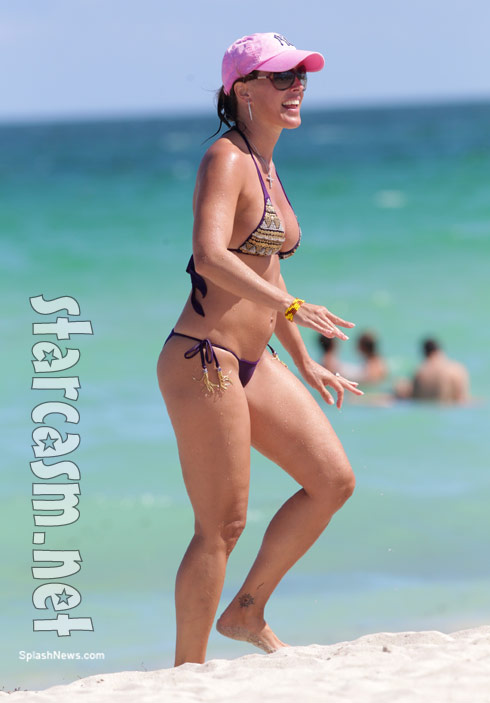 Miami Housewife Cristy Rice has no idea if there’s going to be any future for the South Florida version of the Bravo franchise but at least girl still bangs in a bikini.

Rice was playing nice on her native turf of Miami Beach while enjoying some of that famous fun in the sun with friends. While doing so she showed the fine folks down along the shore exactly how a bikini should be done. Her purple teeny but not too teeny two piece accentuated a fit physique and toned torso. 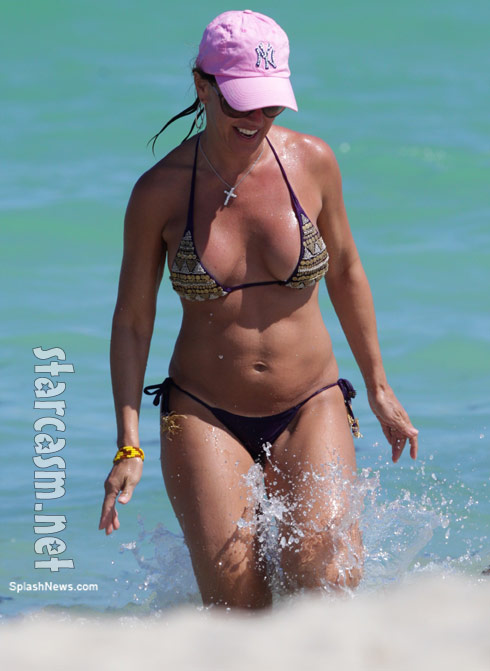 I bet even her nemesis Lea Black would agree that Rice kept it appropriate and was appropriately sexy as she played in the surf. No $1,000 a night hooker here just a beautiful gal and the beach, one of my favorite combinations in nature!

On the tabloid front Cristy’s retired NBA baller husband has been linked to Sarah Palin of all people as The National Enquirer has published a story that Glen Rice hooked up with Palin back in 1987 when she was working as a sports reporter in Alaska. Cristy responded to people asking about the report. Here’s what she had to tweet:

Actually Miss Rice the “news” also has to offer photos of you rockin’ a bikini! 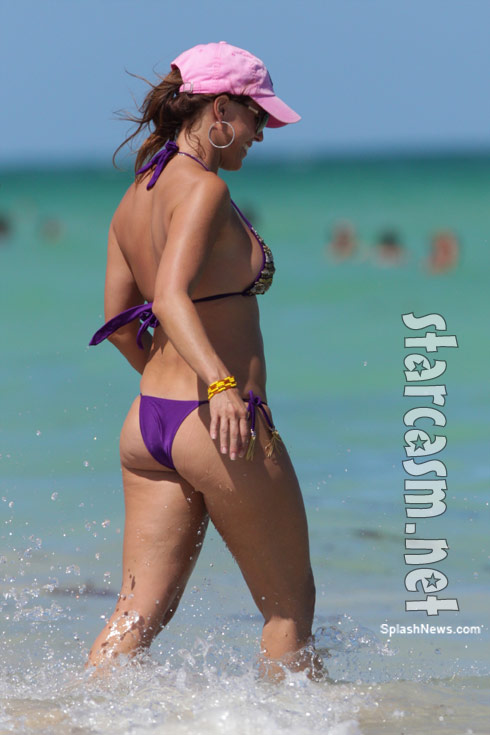 To fully appreciate what you see above I think I should remind you that Cristy is a mother of five and runs her own online store Bri Bri Boutique. We all know Miami brings the heat so I guess it’s really just Rice representin’. Wait, did i say representin’ the Heat?  How about a photo of Cristy’s kids with LeBron James? You got it! 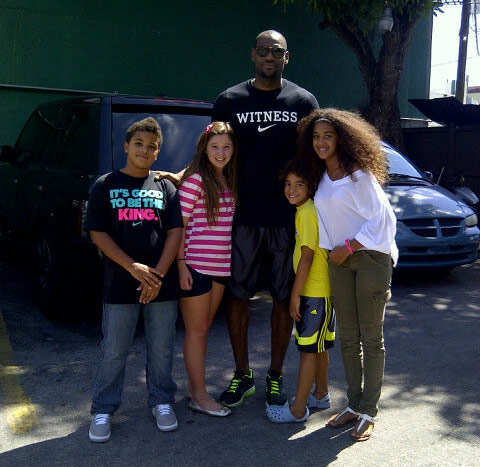 When you’re getting snaps for your kids with the King I would say you’re doing a fine job of being a mom! Speaking of fine here’s one of our patented long farewell shots as Cristy does a little “adjusting” of her bottoms so they’ll cover her bottom: