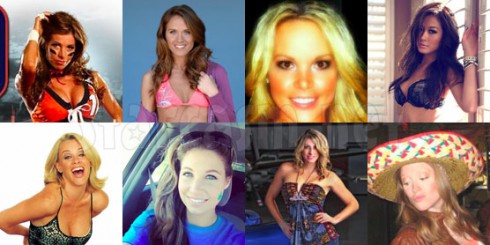 NBC has announced the cast for the 2nd season of their adventure dating show Love in the Wild. This year there are 7 women and 14 men (still better numbers than your area sports bar) looking for that love connection.

Another important addition to the show is a new host in the form of none other than Jenny McCarthy. Jenny’s never hard on the eyes and per intel gathered from the photos I’ve rounded up of the ladies for season 2 neither are they. Let’s get to it with photos and bio information on the women who will be headed to the Dominican Republic to challenge themselves to find the right guy. 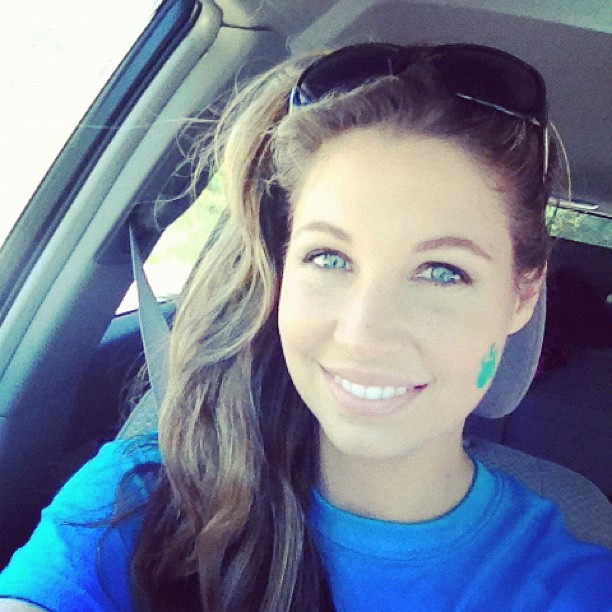 (Age: 33) – hometown: Little Rock, Ark.; Resides in North Little Rock, Ark. — Ali Leitza is a sexy, Southern belle who is not afraid to pull some pranks to find her Prince Charming. Many of her past dates lacked the capability to handle this strong-willed woman. Her dating requirements now include a man with a backbone, who can embrace her passions. 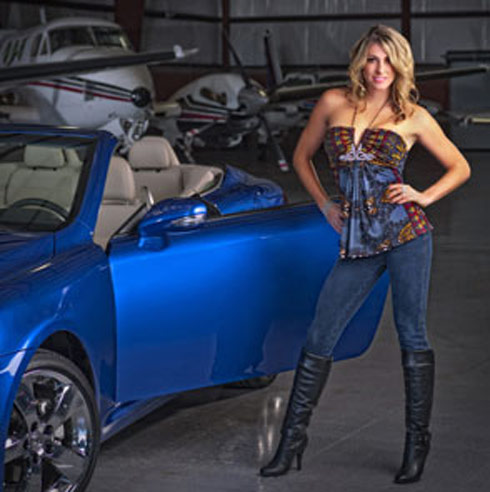 (Age: 32) – hometown: Satellite Beach, Fla.; Resides in Indian Harbour Beach, Fla. — According to the all- American girl Summer Mack, she’s looking for a man that won’t just buy her an alligator purse but will kill one, skin it and make a purse for her. The Tar Heel grad was an Olympic Trials finalist on the United States National Swimming Team, she developed her competitive nature early and will do just about anything to win. Her biggest regret is not marrying her first love.

The above photo is from Spacecoast Living in a feature on sizzling singles. Mack said in this write up that, “I’m also into camping, hiking and surfing. “I’m not a girly girl.” Any potential partner must be active and physically fit. I look for someone with a nice smile and a good sense of humor. And since I’m pushing 6 feet in heels, I need a tall dude. Personality-wise I’ve had a lot of life experience so I think I’m an interesting person. I’m outgoing, fun and easy to hang out with.” 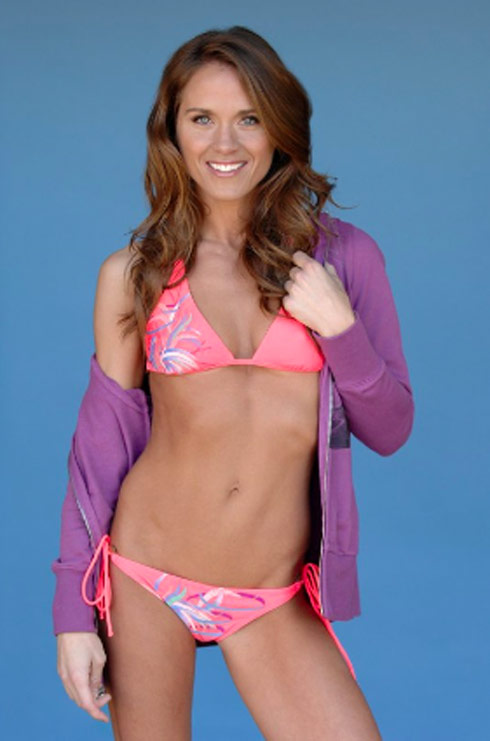 (Age: 28) – hometown: Kingsburg, Calif.; Resides in Hollywood, Calif. — After recently getting out of a six-year relationship, Shauna Dillard is dedicated to finding true love and will not settle for anything less. Growing up on a farm prepared Dillard for getting down and dirty, which is exactly what she’s willing to do to find the right guy. When this makeup artist and headband designer is not working, she’s keeping busy with her favorite past time — yoga.

You can find out and see more of Shauna via her official website here. 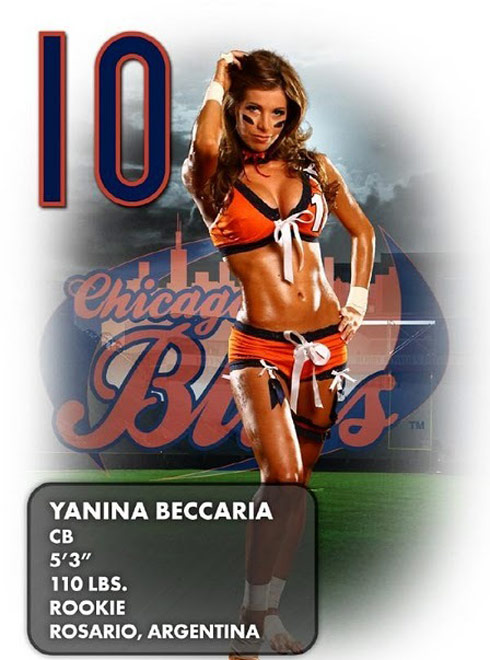 (Age: 33) – hometown: Rosario, Argentina; Resides in Chicago — Former “Ice Girl” for the Chicago Blackhawks, Yanina Beccaria is sassy and competitive and she’s not afraid to show it. Beccaria knows she’s attractive and loves to flirt, but she’s also willing to get rough-and-tumble. She used to play football (that’s her Chicago Bliss player profile above) until she tore her ACL. Even though she enjoys being single and having fun, she’s feeling pressure to get married and start a family. 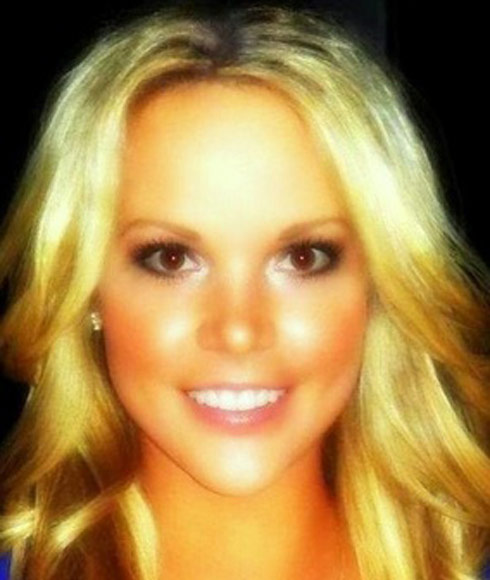 (Age: 26) – hometown: Arlington Heights, Ill.; Resides in Miami Beach, Fla.– Tara Locke is a self-professed glamour girl as yachting, shopping, and clubbing activities are just a typical day in her life. Locke is looking for a great man to call her own and her strategy for this experience is to literally be “her amazing self.” She admits that she is a professional flirt and will do whatever it takes to get what she wants. 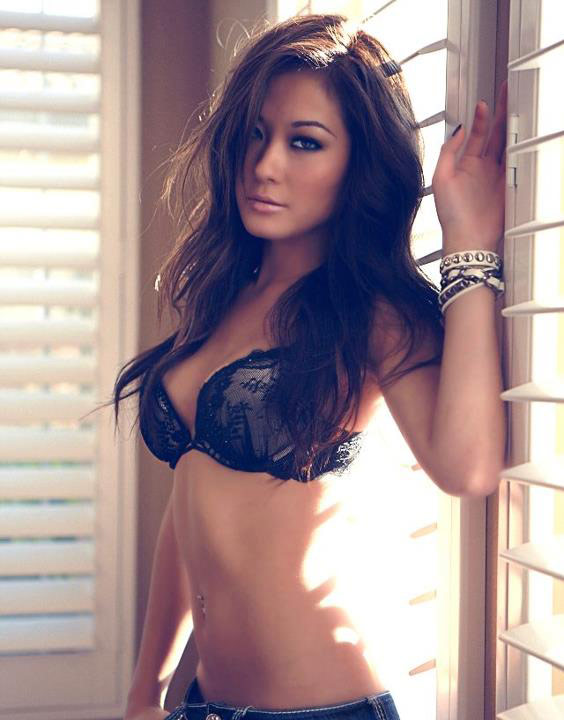 (Age: 22) – hometown: San Lorenzo, Calif.; Resides in San Lorenzo — Cina Luks is adventurous and is looking for a man who can share her enthusiasm for life. While she likes to dress up, she’s not afraid to get dirty. A man will need to travel fast to keep up with her as she has her private pilot aviation certificate and a motorcycle permit.

Here is Cina rocking out lingerie and a sense of humor for the Timothy Dela Ghetto Show in a promo: 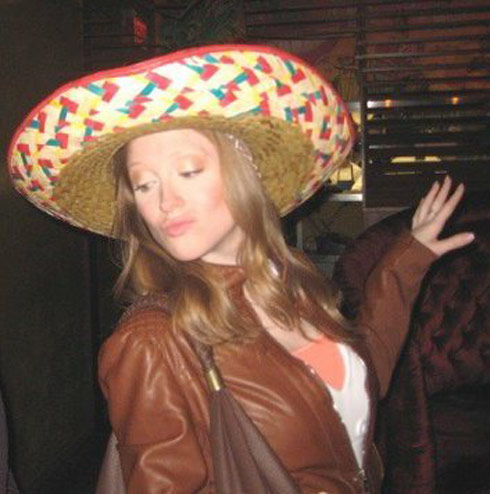 (Age: 27) – hometown: Philadelphia; Resides in Philadelphia — After walking in on her boyfriend of five years with another woman, Jenny Blatt knows how it feels to be burned by love. Though it took some time, she has bounced back and is ready to meet her Mr. Right. While Blatt is highly competitive due to her years in professional gymnastics, she does not like bugs or getting dirty which might create difficulties in the wild.

Tina Fey’s new show is coming to Netflix in March

Tim Tebow demands photo with ‘strippers’ be removed from Twitter