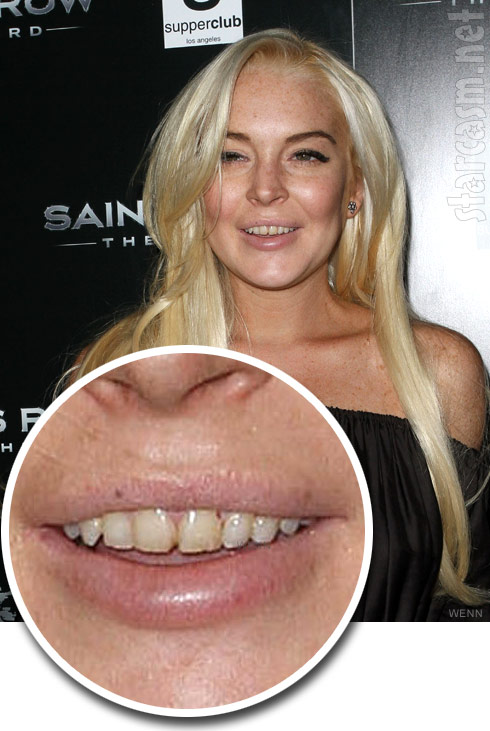 Former actress Lindsay Lohan continues her fruitful new career as professional headline grabber. In addition to reportedly being terminated from her community service gig at the Downtown Women’s Center in Los Angeles due to truancy issues, Lindsay showed up Wednesday night at an event for the video game Saints Row: The Third (above) looking a bit disheveled with hands blackened by streaks of nail polish and a set of choppers seemingly in dire need of that Orbit chick.

Here’s another look from the event: 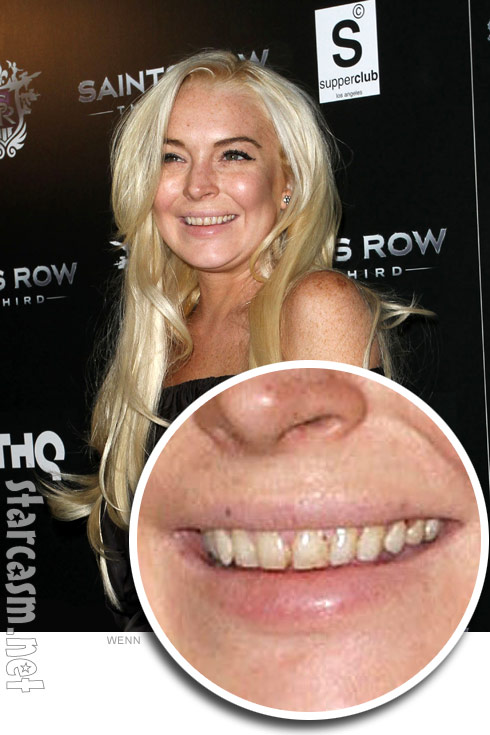 Of course the photos sparked lots of speculation, the latest of which offered up by dentist Dr. Pankaj Singh who tells Radar Online, “This type of damage appears to be from a combination of smoking, drug use and a lack of personal care.”

The site had reported in a previous article that the stains seemed consistent with a combination of smoking, drinking lots of red wine, and a general lack of good dental hygiene, but Dr. Singh insists there’s more to it than that. “Smoking causes yellowing of the teeth, which we definitely see here in this picture. However, at such a young age, smoking wouldn’t cause the decay and browning you see around the gums. Damage like that is something we see in patients who are using or have used drugs.”

In an attempt to provide a little more insight into Incisorgate I found a photo of Lindsay smiling at an event formally announcing her as the new face of the Philipp Plein Spring/Summer 2012 fashion campaign from September 24, 2011: 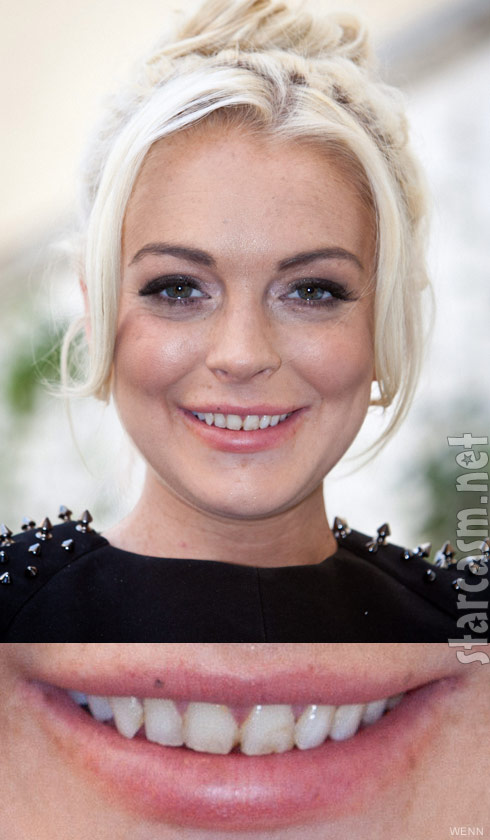 Needless to say it was quite important for Lindsay to look her best at the event, so I think what you are seeing here is pretty much as good as her teeth can get without more drastic dental measures being taken. You can see some of the darker spots evident in the photos above, but I think it makes it a bit clear that most of Lindsay’s issues Wednesday night were due to recent bad hygiene. But then again, I’m no dentist!

Actually, we shouldn’t rule out the possibility of a slightly more supernatural explanation: 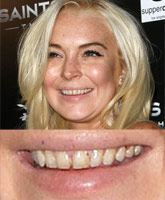