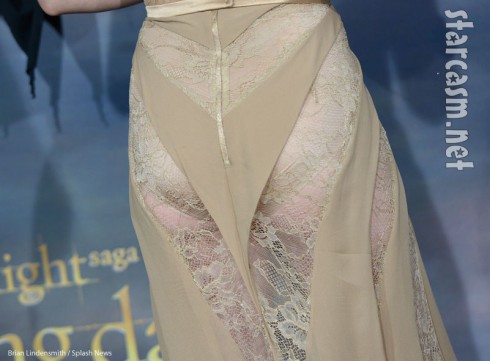 Although Elle Fanning’s shoes took the night of the Breaking Dawn Part 2 premiere, Kristen Stewart wowed the crowd with a view of her butt cheeks in her sheer gold  dress paired with Jimmy Choo shoes. Her rumored now-boyfriend Robert Pattinson also drew attention with a green suit.

Did Kristen intentionally wear a see-through dress to get a little PR, or was this a fashion mistake? Anything to get people to stop talking about her affair, right?

Although Kristen Stewart had a sex scandal with a married director this summer, she and Robert are believed to have moved past that, and are happily back together at this point. Kristen has still attracted the ire of die-hard Robert Pattinson fans,  even receiving death threats (she received death threats when people first started finding out that they were dating, so she can’t win, really,) but still retained the love and support of her extremely loyal fan base. Cheating is never cool, but if they’re dealing with this and working it out, then more power to them. 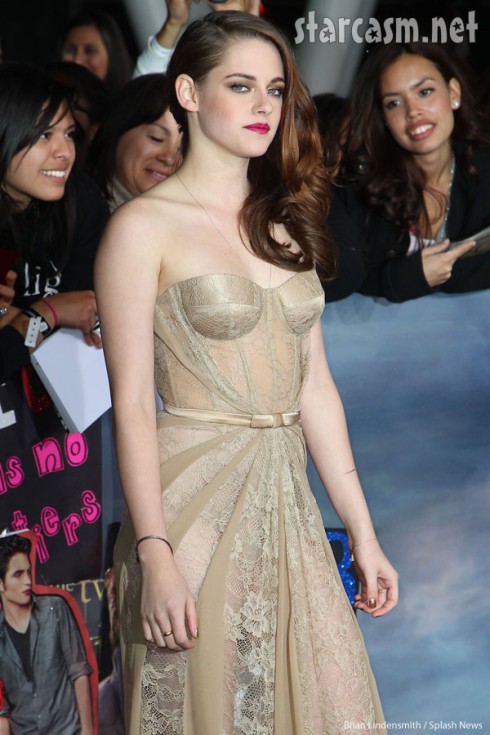 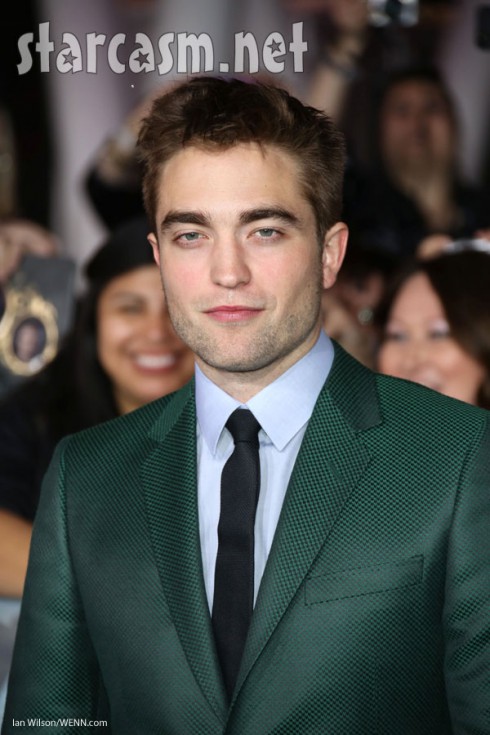 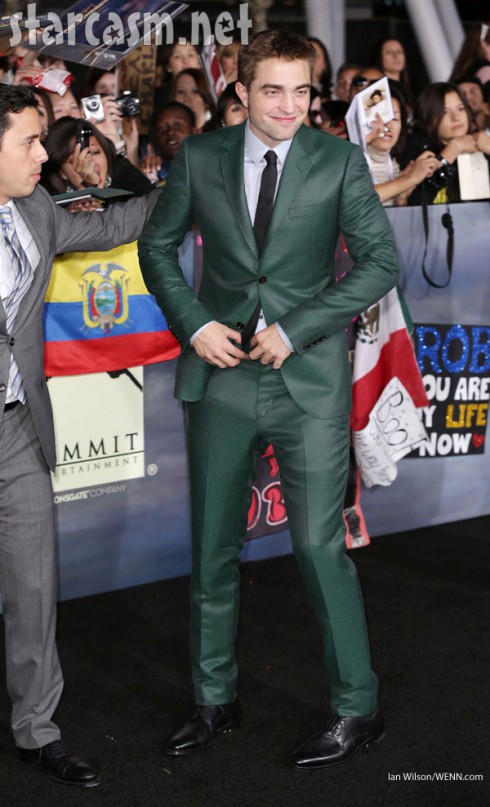 CLICK HERE to find out how Robert Pattinson smells