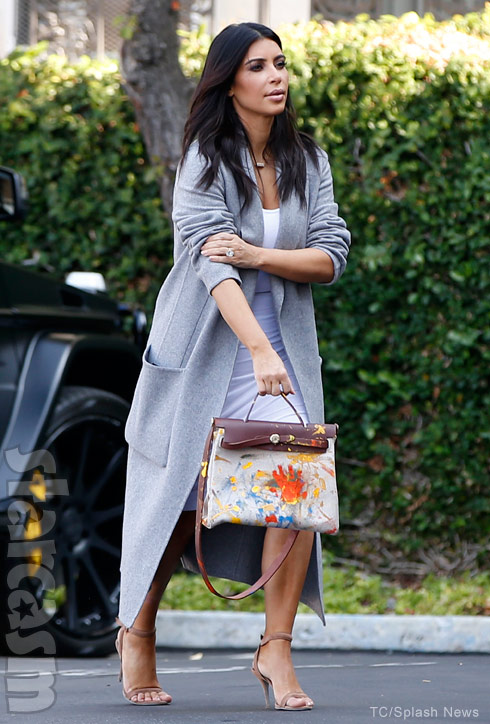 It didn’t take long for the youngest member of André Leon Talley’s “First Family of Fashion” to break into the business! The 16-month-old North West’s talents were on display in Los Angeles earlier today as proud mom Kim Kardashian showed off a Hermes designer handbag hand painted by her daughter and given to her as a birthday gift by North and Kim’s husband, Kanye West. 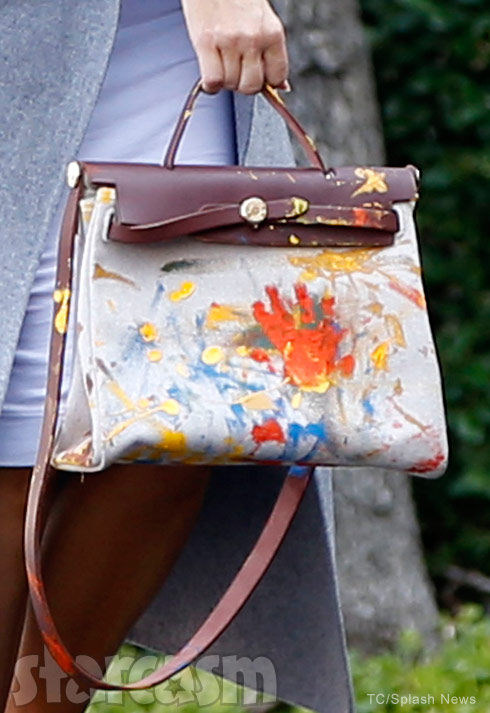 Kim shared a photo of her, Kanye and the bag on instagram, describing it as “my favorite bag painted by my little North:”

Kim had previously talked about receiving the bag for her birthday. “Kanye had a box [with an Hermes purse in it] and I opened it up and it was all painted really cool,” she told Us Weekly. “And on my computer was this message that said ‘Play,’ and it was a video of my daughter sitting outside painting the purse.”

She added, “I had thought it was this new artist who had painted this purse, [but] it was my daughter. It was amazing.”

And speaking of artists painting Hermes handbags as gifts for Kim Kardashian, you may recall Kanye previously presented Kim with a rather controversial (and risque) Hermes bag painted by George Condo.