In a previous post I expressed my concern over the formerly vivacious and effervescent Katy Perry seemingly having her soul sucked out of her by vampire/boyfriend Russell Brand, but Katy showed up at the Samsung Behold II Premiere Launch Event held at Boulevard 3 in Hollywood Wednesday looking slightly more alive! Though still not a complete return to her former self, it’s certainly a step in the right direction. (Probably just a result of not having Russell right by her side.) (Jealous much?)

Click thumbnails to see larger images in the gallery: 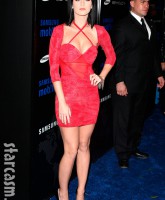 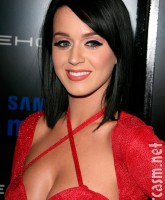 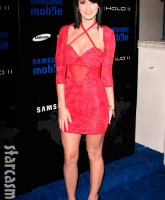 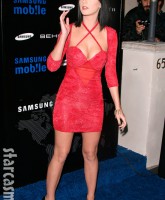 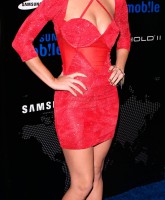 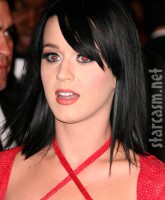 
The outfit is fun and Katy wears it well, but her spirits still seem a bit dampened. My theory is that Russell Brand has telepathic control over her, as evidenced by this photograph, which captures the moment of communication between Katy and her dark lord: 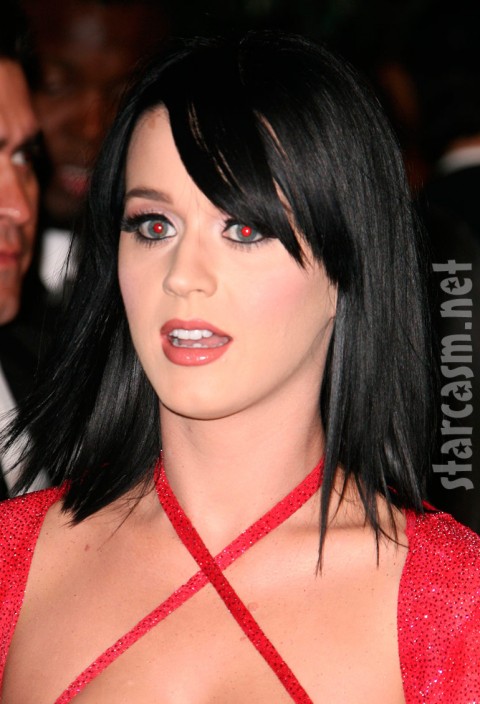 Where’s Buffy the Russell Brand Slayer when you really need her?!? Edward Cullen could have stepped in, but that dude is WAAAAAY too busy. Katy, that leaves you with only one option – you have to become best friends with Jennifer “Man Garlic” Aniston. If Russell Brand actually is a dude, Jen the will chase him away within just a few weeks. Call her now Katy! Before it’s too late!

Jennifer Aniston to be director for Lifetime’s “Project Five”