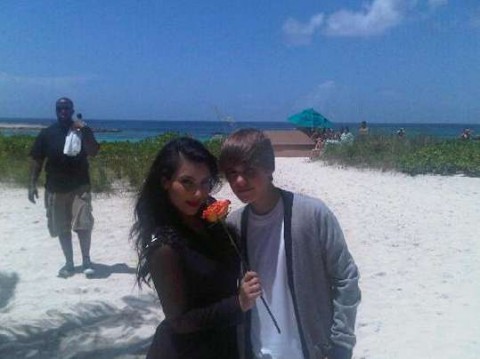 Back in May Kim K. received death threats from BeBeibers after the flirtatious heart-throbs called her his girlfriend on Twitter.

Justin had to quell the madness by calling Kim “a very sexy friend, but just a friend.” The devotees temporarily put out their torches and calmed down a bit, but now Kim is stirring the pot again by frolicking in the Bahamas with the Bieb!

They are cashing in on all the stir they created with their fake Twittermance by posing for a photo-shoot, where they get a little wet-n-wild.

Was Justin Bieber kicked out of his hotel in Paris?

Perez Hilton proposes a media wide #KardashianKleanse, Kim threatens to remove him from her app