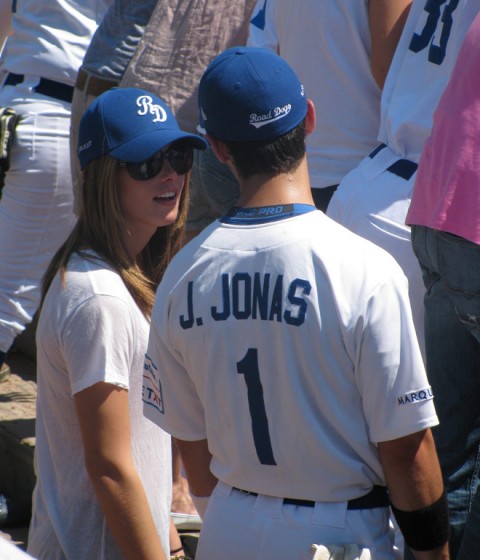 Another Jonash sighting! Joe Jonas and Ashley Greene were spotted earlier today at a Queens Road Dogs game in New York, and according to the live Twitter updates from fans, they were quite intimate!

Here’s the scoop in tweetspeak from @daniellealexis, who was on the scene with @saraahbananaz:

@oceanUP Okay.. I’m right next to the dugout and Joe & Ashley are ALL over eachother. She keeps caressing his cheek… Hahahaha.

@LuvingNickJonas Yes! Pictures and video.. This stuff could blow up their spot… Hahaha they’re not doing a good job of hiding

@Badass_Stew. @oceanUP YES. Jashley is definitely on.. They’re touching WAY too much. The second he comes in the dugout he goes to her!

Here are a few more gloriously low-rez photos of Jonash: 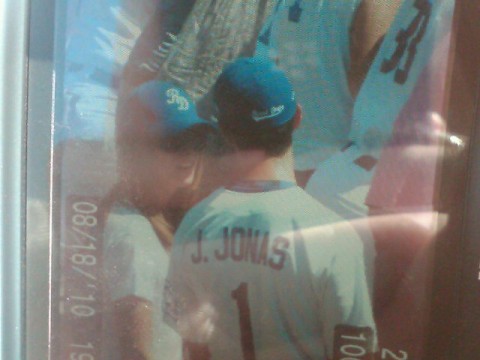 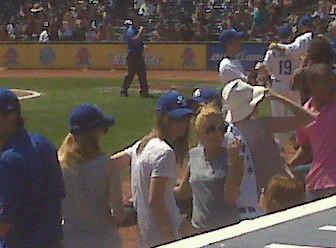 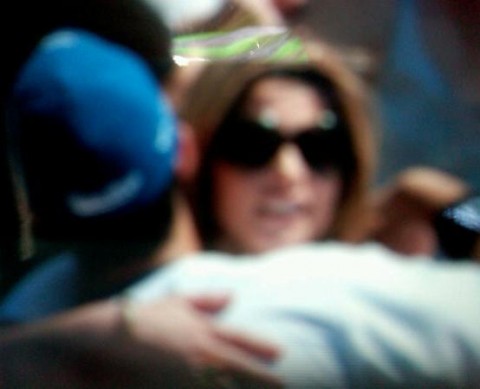 Apparently Ashley has been the subject of some vitriolic jibber jabber on various sites, but I side with the “Let Joe Jonas date whoever he wants” faction and applaud the journalistic skill these young ladies exhibited in getting these photos out to the public and adding to the growing pile of evidence that suggests Jonash is fo real!

Can you imagine if The Jonas Brothers and Twilight mated?!? That would be EPIC! If its a girl I vote for the name Twinas. For a boy, I say Jolight.