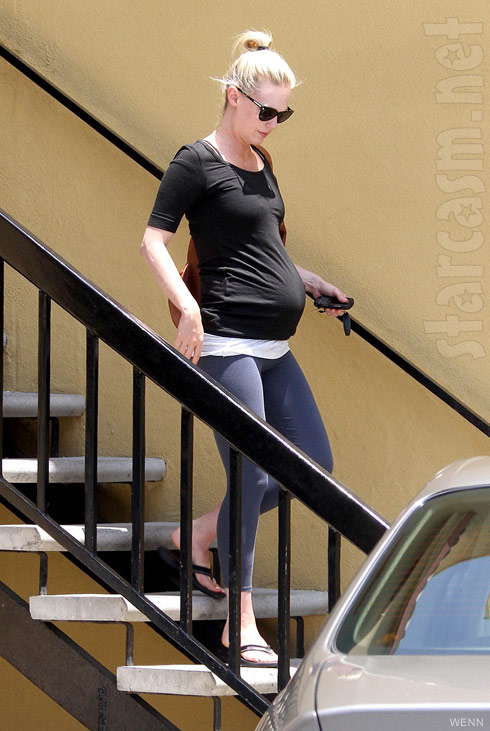 While her growing baby bump is shrouded in layers of shirt fabric, the identity of the baby’s father is still shrouded in mystery. The actress has somehow managed to keep the baby daddy’s identity a secret, even though numerous sources claim it was someone she worked with while filming X-Men: First Class.

According to initial reports the baby is due this fall, but judging from these pictures I think that estimate may be a bit off! Can that belly really keep growing for three more months? Either way, JJ is reportedly very excited about becoming a mother. Mad Men creator Matthew Weiner talked with E! Online about her desire to be a mom:

“She has wanted this very badly,” Mad Men creator Matthew Weiner told me at yesterday’s inaugural Critics’ Choice Television Awards at the Beverly Hills Hotel. “She’s got a big heart and she’s been talking about having children since I met her, which is not always common with actresses. 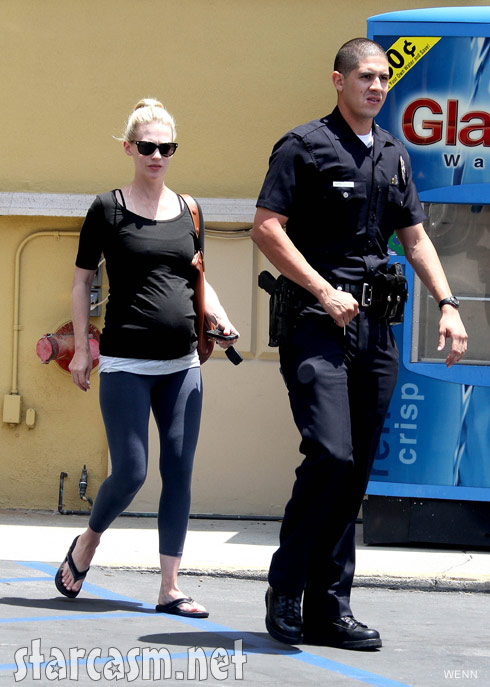 Is there any way we could swap out a pregnant January Jones for Ashley Hebert in this season of The Bachelorette? I would watch the hell out of that!!!