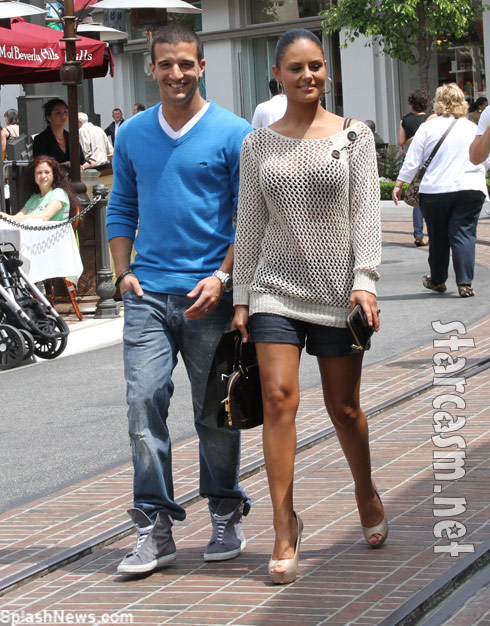 I have finally accepted the hard truth that Scotty McCreery won American Idol and that my girl Pia Toscano took a brutal early exit. Each week following “Piagate” I kept anticipating the brunette beauty to stroll out on the AI stage and destroy everyone with yet another power ballad but alas I was in denial. She was gone from the competition and had moved on to begin her own recording career and to also get a little close to Dancing With the Stars‘ Mark Ballas.

Well just because she got ousted it doesn’t mean I can’t keep everybody up to date with the latest from Miss Pia. From the looks of these photos there still might be a romance thing between Pia and Mark as the two were spotted out doing a little retail therapy at the Grove in Hollywood. Ballas looked as happy as I would if I was enjoying a sunny Hollywood stroll with Pia while Miss Toscano looked fab in a somewhat revealing top and signature hoop earrings.

Why don’t you two switch sides just for fun? Thanks! 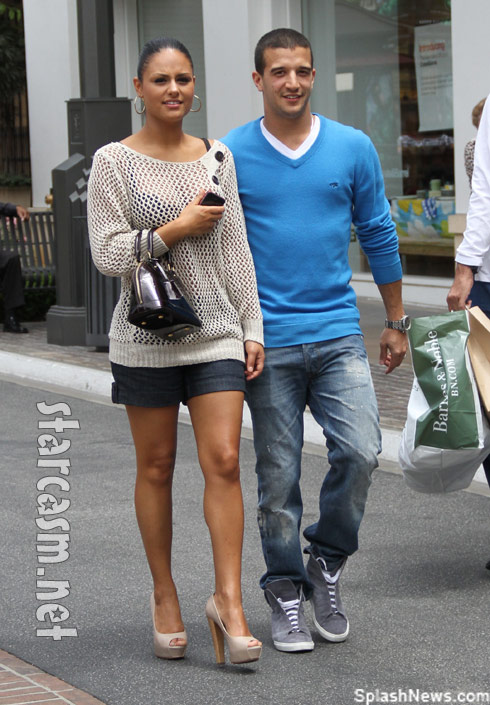 Those are some serious high-heeled open toed shoes Pia is walking in. It’s good to see the two out together having an apparently great time.

In additional Pia news she was recently asked to perform The National Anthem at the National Memorial Day Concert at Washington D.C. ( a real big deal) that was broadcast on PBS. Here is Pia’s rendition of one of the toughest songs to sing in the English language. Just ask Christina Aguilera about that one!

As for Mark he’s recently made headlines by stating that he wouldn’t mind pairing up with another man on Dancing With the Stars. He told Popeater’s Rob Shuter that his first choice would be Pippa Middleton but that a male partner like Ricky Martin would be no big deal. In the article Shuter stated about Mark and Pia that, “Mark recently made headlines with a brief relationship with American Idol standout Pia Toscano. Though it didn’t last long, they did team up for a memorable “duet” of sorts on Dancing.”

These two who “used” to be an item also had a flirty little back and forth via Twitter yesterday which is when the photos were taken:

Pia responded with a little bragging about her rug cuttin’ abilities: