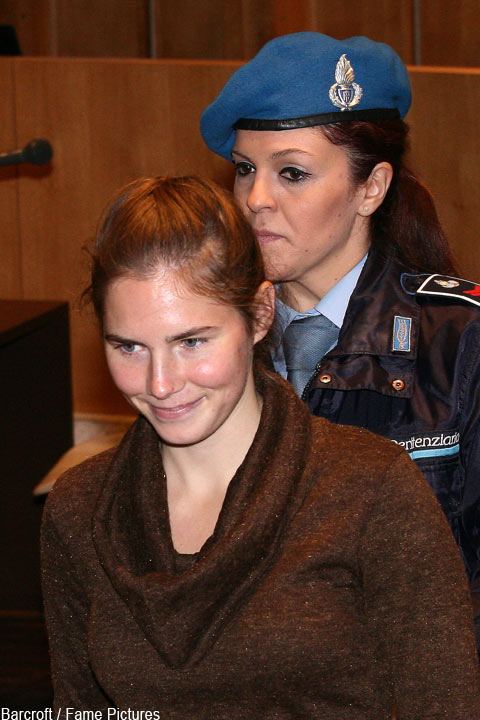 Amanda Knox was sentenced to 26 years in prison, Raffaele Sollecito was sentenced to 25 years. They are expected to begin an appeal process, which will not start for another 6-8 months. Amanda’s family is planning to move to Italty to be fully involved in the appeal, but Knox’s lawyer, Luciano Ghirga, will not participate in the appeal process because he is exhausted.

The two were convicted on six counts, which include murder, sexual assault, possession of weapon. One man, Rudy Hermann Guede, has already been convicted in the death of Meredith Kercher, and been sentenced to 30 years. He has maintained that he is innocent, and even given a story to imply that Amanda Knox killed her roommate after an argument.

The trial, which often only goes on two days a week, has lasted a year. Read more about the crime here.

Why Belle Knox named herself after Amanda Knox