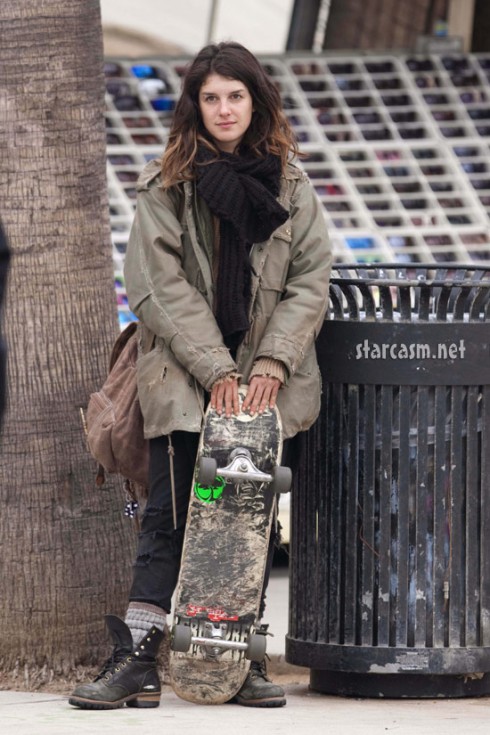 Fans of the updated installment of the Beverly Hills T.V. drama 90210 are used to seeing actress Shenae Grimes dolled up and looking Rodeo Drive.  The most recent photos coming from the set of the indie film Sugar turns that image on its head as Grimes is more representative of her sir name as she plays a homeless 20-something trying to survive the darker side of the Hollywood Hills.

In the photos Grimes appears sans make up wearing a weathered army jacket and worn combat style boots.  According to the brief synopsis for Sugar via IMDB the film’s plot line goes something like this:

The story of a group of homeless kids as they try to survive on the streets of Hollywood seen through the eyes of a 20 year old named, Sugar.

The talented young actress who plays the popular character Annie Wilson on 90210 looks the part if these great photos from the set of Sugar are any indication.  The one problem I see is that some how some way Grimes still manages to look hot while made to look like a homeless girl.  Perhaps a producer somewhere will take this as a challenge to create a role in which Grimes won’t look beautiful.  Good luck to the one who tries!

Here’s one more clip of the more streetwise Grimes doing her own Tony Hawk impersonation as she wheels along on the worn deck and trucks of the skateboard she sports on scene. 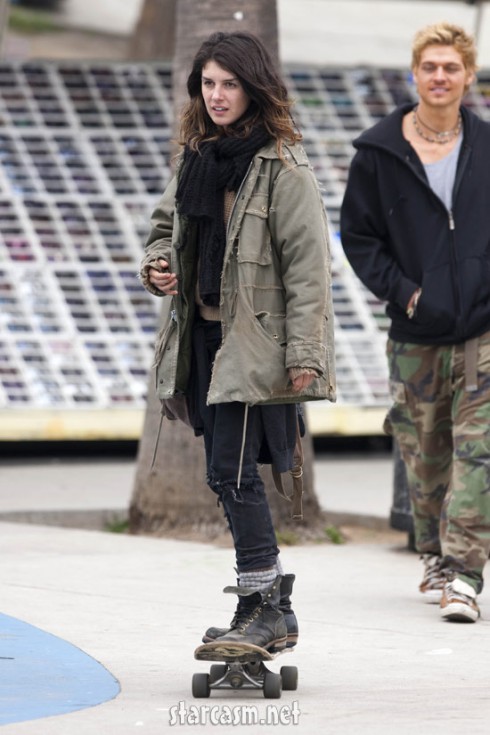 ‘Sugar’ does not have an official release date yet.  The film is being directed by Rotimi Rainwater and co-stars Wes Studi and Marshall Allman.

For a sexy taste of what we’re used to seeing Shenae Grimes wear, check out possibly are only installment ever of Shorts Bliss featuring Shenae daring to wear short-shorts!