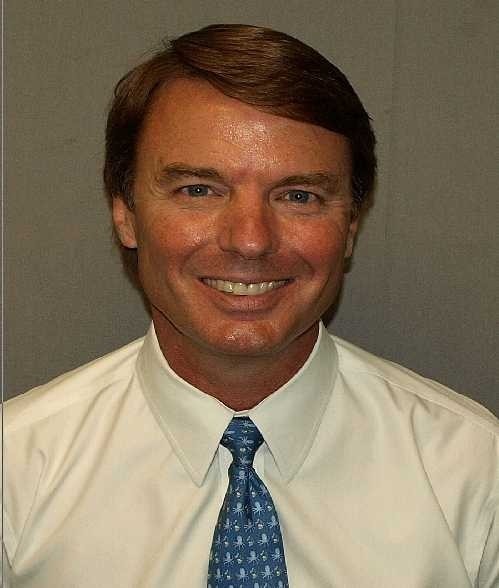 That is some wonderful mug shot action Mr. Edwards!

Earlier this month the former 2008 presidential candidate was indicted for spending almost a million dollars in trying to keep his now very public affair with Rielle Hunter and their love child a secret. He was charged with 6 counts; four counts of illegal campaign contributions, one count of conspiracy and one count of false statements.

The above mug was just released by The United States Marshals Service and it’s like Edwards wanted to look exactly like a politician who fathered a love child and subsequently tried to cover it up. That smile will give me the creepers for weeks I believe!

The photo was taken when the former U.S. Senator appeared at a Winston-Salem, North Carolina courthouse following his June 3 indictment. He pleaded not guilty to the charges.

Pro-wrestler has no regrets over Romney/Ryan face tattoo