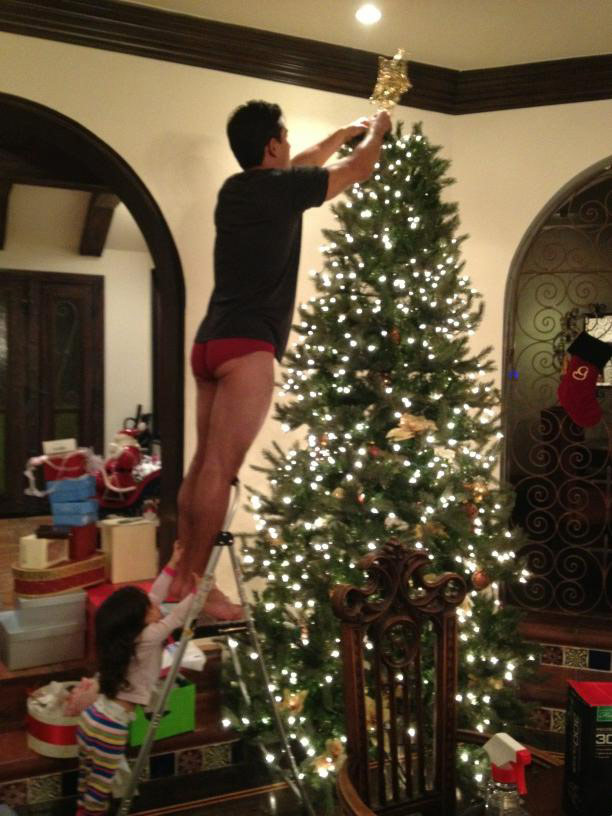 While Mario Lopez will forever be A.C. (Albert Clifford) Slater in my Saved By the Bell heart, I have to acknowledge that he’s moved on to other things in his career like… Creating his own line of man-panties called Rated M.

The above, “Christmas his daughter who’s holding the step-ladder will tragically never forget,” photo was posted by Lopez’s wife Courtney . She tagged the cheekiness with this:

It’s hard to determine who the real star is in this candid holiday scene shared to the world. Is it little Gia? Is it the actual star? Or is it Slater’s man-cheeks?

If you like what Slater’s sportin’ up there for the holidays you can get a handful of that action by doing a little Rated M shopping here. If not, you can always just do the Slater Dance!