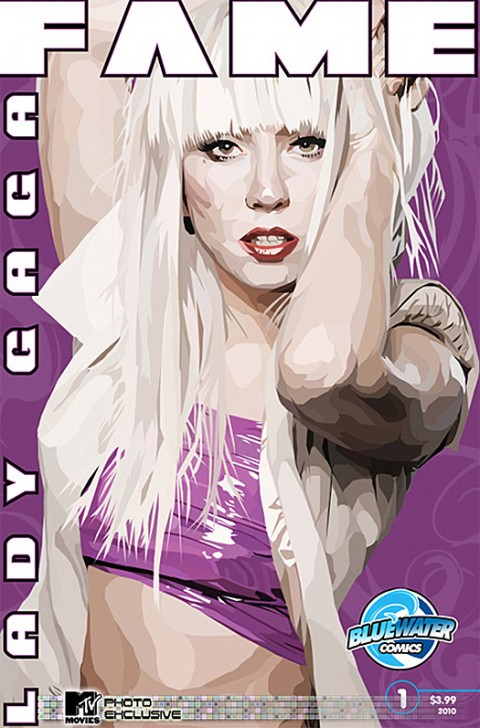 Pop culture icons and comic books are about to collide! Get ready for an epic geekgasm.

Lady GaGa covers the first issue of Bluewater Comics newest line of unauthorized biographical comics, appropriately titled Fame. Bluewater has already seen success with comics from their Female Force and Political Power lines featuring the likes of Twilight author Stephanie Meyer, and Colin Powell, so the natural next step was to create  “a new series that focuses on culturally relevant celebrities and other pop culture icons.”

The series title Fame ties in well with Lady Gaga’s record smashing 2009 debut album, The Fame. Bluewater gave their story exclusive to MTV’s comic blog, Splash Page, along with the cover image (above)  which depicts Gaga as a deceptively normal looking pop star. Hopefully the inside images will be a little more GaGaesque.

You’ll have to wait till May to see/read Bluewater’s GaGa bio, but there’s good news, it’s set to be released in May and will be available for Free Comics Day!