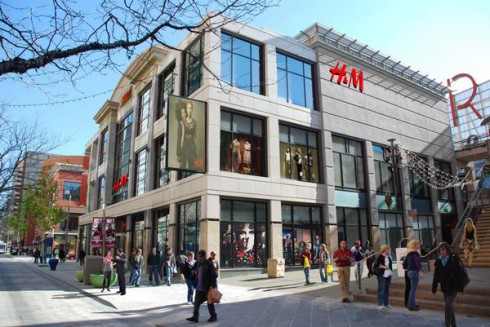 For the second time in less than one year, international retailer H&M is pulling a culturally insensitive piece of clothing. In this case, the shirt in question is a women’s tank top with what looks to show the Star of David and a skull.

“H&M’s anti-Semitic shirt” was first spotted by Times of Israel blogger Eylon Aslan-Levy at a London store last week. He tweeted a picture and encouraged people to complain to H&M’s customer service. 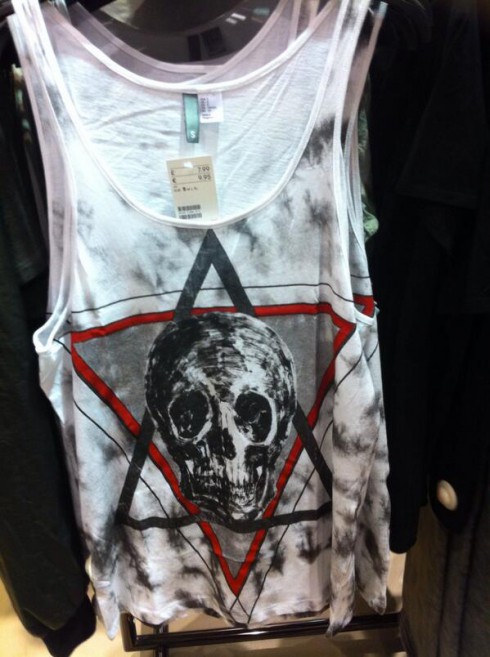 People responded to Eylon’s tweet with a mixture of reactions: One said police should step in to take action while another accused Eylon of blowing it out of proportion. Eylon seemed to take the middle ground, later saying on his blog that H&M should just pull the shirt.

“Whatever the designer may have been thinking (and God knows what he was thinking!), what an ordinary, reasonable person sees in this vest is a skull emblazoned over a Star of David,” Eylon said. “That is why this item needs to be withdrawn from H&M stores immediately.”

The Sweden-based chain quickly responded by doing just that. A representative also apologized to Times of Israel, saying it wasn’t the company’s intention to “provoke such a reaction.”

“Please accept our most sincere apologies that this has caused offense,” the spokesperson said. “We understand the criticism and in response to this have decided to remove the T-shirt from all stores with immediate effect.”

H&M seems to have an ever-growing record of treading in murky waters when it comes to culturally insensitive offerings: Last August, the company came under fire for selling Native American-inspired headdresses. One Ojibwa-Mohawk said she was offended because headdresses “are a sign of honour and respect and leadership… not a cute accessory to be worn in a nightclub.” H&M quickly took the headdresses off shelves.