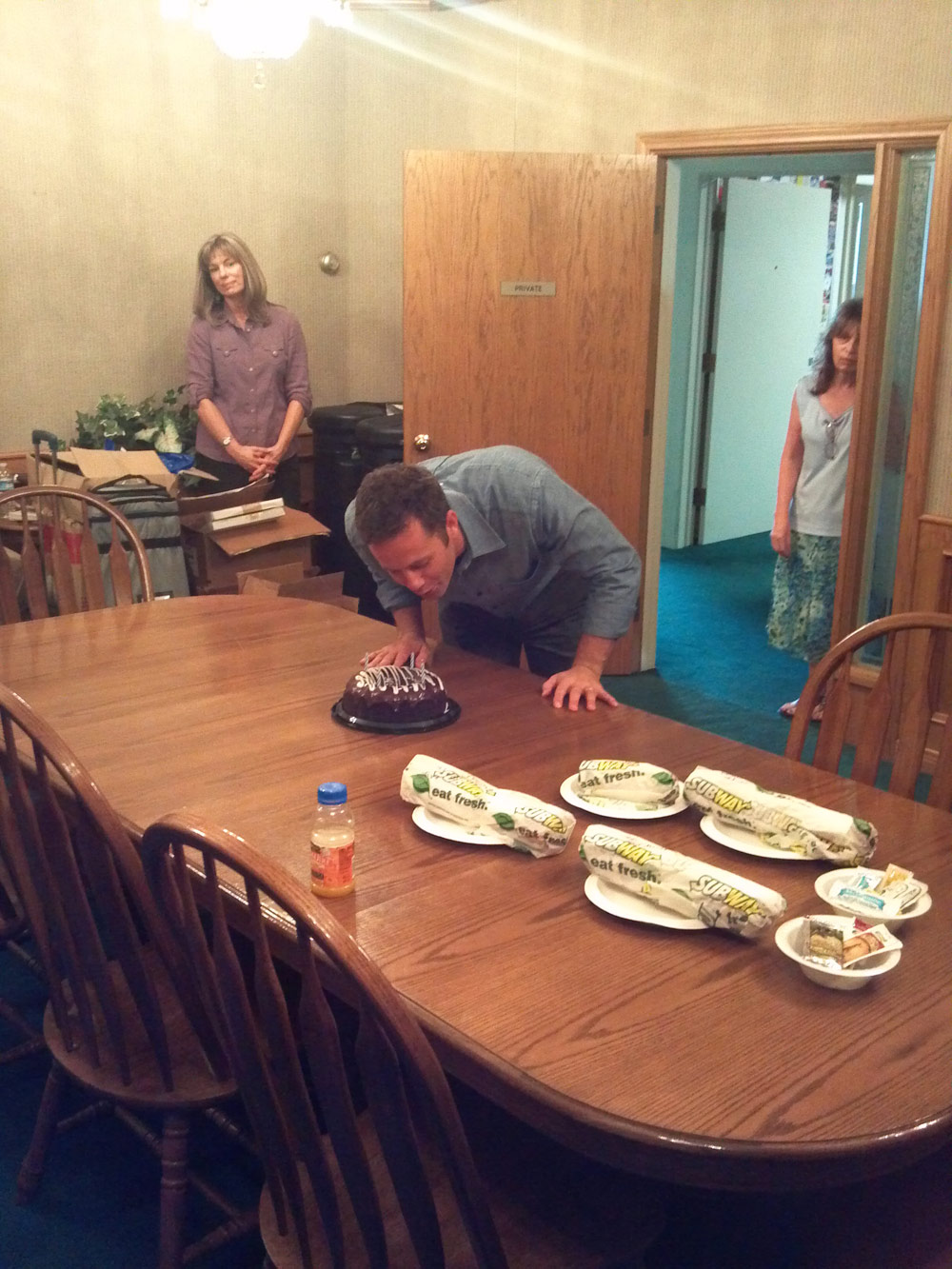 I was late on the viral curve of the above gem of a photo taken of 80’s sitcom legend turned evangelist Kirk Cameron celebrating his birthday. This has to be one of the unintentionally saddest images ever taken. The photo was tweeted by one Lane Chaplin as Cameron spent his birthday at Living Waters Ministry in Bellflower, Calif.

The ministry’s staff threw him a small party, and all you see in the image is Kirk, a very small cake, some Subway sandwiches, an orange beverage, some salad dressing, one lady behind some boxes and another lady appearing as if she were an apparition of depression standing in the doorway. Sunday was officially Boss’ Day but it’s being celebrated mostly today because that is when you have to go to your cubicle and have a “party” that looks like this scene as you and your coworkers feign delight at the thought of your 8-5 overlord.

You may be smiling while you give Lumberg that gift card to Crate and Barrel but I know what your soul looks like on the inside: 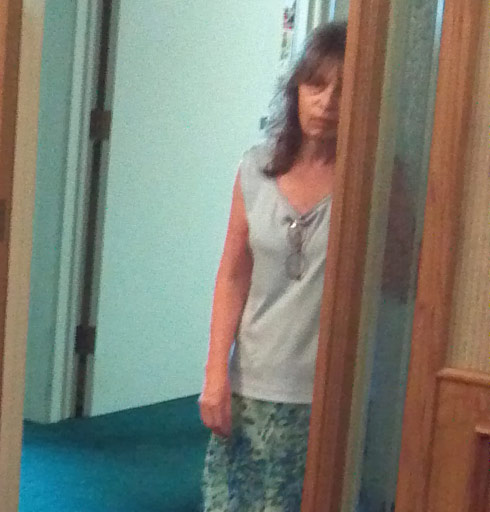 According to sources there were around 15 people who had enough good sense to be behind the camera. I actually embedded the Growing Pains theme song under the image in arguably my favorite image / song clash in my repertoire. I mean that is a freaking joyful song but is it powerful enough to battle that photo!?!

You know since everyone else is taking a turn at captioning this bad rascal I’d figure I’d have a go and you can too, right after you give your boss that awkward half-hug of course.