Let me begin by stating that I love me some Chelsea Handler.  She’s funny, smart, an enjoyable read, sexy and girl even casually dates 50 Cent when she feels like it.  She’s known for her cutting humor so I’m sure she’d be the first to a have a little laugh at the following photo from her in-store book signing at a Macy’s in Chicago yesterday.

The host of Chelsea Lately has been making the promotion rounds for her latest book called Lies Chelsea Handler Told Me.  If you had your party handler and pen ready for some Handler action the following is what awaited you at the end of the line: 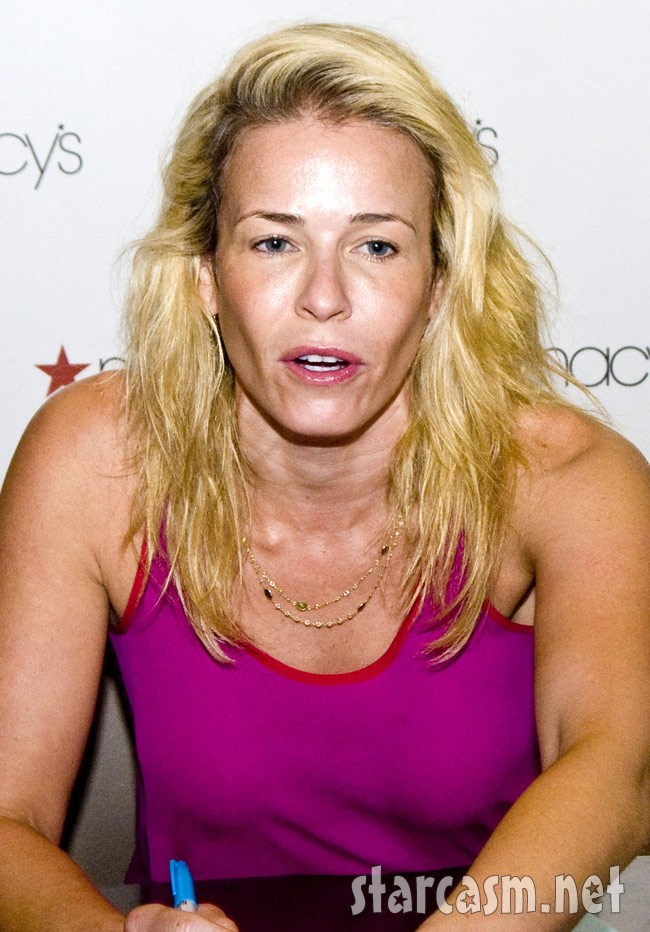 50 Cent you dawg!  If you missed that story Handler recently confirmed that she dated the notorious rapper after the two were seen out together and even tweeted a playful photo of themselves in bed.  She was her usual sharp witted self when she explained that Fitty lavished her with expensive gifts but that she wasn’t impressed because she wasn’t a hooker.

Lies is actually written by a number of different people who’ve been duped by Chelsea’s admitted obsession with tall tales.  The book has been described this way:

It’s no lie: Chelsea Handler loves to smoke out “dumbassness,” the condition people suffer from that allows them to fall prey to her brand of complete and utter nonsense. Friends, family, co-workers–they’ve all been tricked by Chelsea into believing stories of total foolishness and into behaving like total fools. Luckily, they’ve lived to tell the tales and, for the very first time, write about them.

Lets just say the above photo is for all those who were duped by CH.  Come to think of it, maybe she didn’t get her shot of B-12 for horniness this week!?!  Here’s one more pic from the signing that features some more shall I say “Chelsea friendly lighting” to show some love: 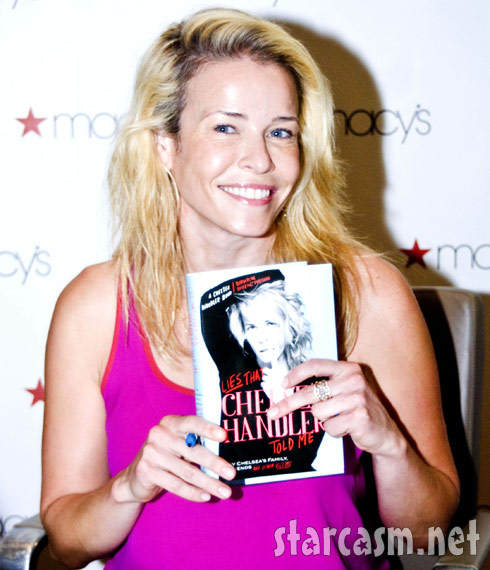 If you don’t have the patience or now find you have “other reasons” to avoid getting a personally signed copy of Chelsea’s new book you can head over here and click up a copy online.