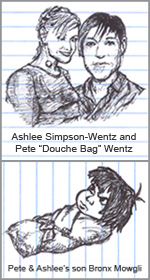 In a recent interview for Blender magazine, Fall Out Boy bassist (and husband of Ashlee Simpson) Pete Wentz cries a river of vinegar and water over his online reputation as the douchiest of the douche bags.

“I was letting the blogs get to me. It’s semi-frustrating when your name actually becomes a synonym for douche bag.”

No question Pete looks the part: decked out head to toe in Hot Topics gear; his arms, neck and navel all have the appropriate generic goth tattoos; and on his head is the most ridiculously lame hairdo on the planet that is best described as a windswept Addam’s Family facial combover. But, it is P Wenty’s douchetastic actions that have separated him from the competition, especially since his marriage to Ashlee Simpson.

Granted, the pre-Ashlee stunt of pulling his pants down and taking pictures of his “fall out boy” with a cell phone and then having them “accidentally” turn up on the internet is a grade-A douchebag maneuver, but getting married and becoming a father has amplified his repulsive fratboy rocker actions and elevated him to douche superstar level. The FTW (for the win) moment that cemented Pete’s place in the Douchebag Hall of Fame (Somewhere in New Jersey) was a recent appearance on Howard Stern’s radio show. (Douchebag alert! There’s about a 90% chance that if you’re male and you’re appearing on The Howard Stern Show and you’re not a freak of some kind, then you’re a douchebag.) During the interview, Pete describes his sex life with wife Ashlee in great detail, including the first time they hooked up:

“We were in the Soho Grand Hotel, and there was a mirror, and I was like, ‘Oh my God, you’re banging the girl of your dreams and you’re watching it right now.‘” 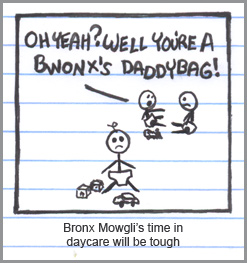 Running a snarky celebrity blog is partly predatory in nature, and Pete Wentz blubbering because the internet thinks his name is synonymous with douchebag is blood in the water to us! So, this great white snark is going in for the kill! We’re certain that constantly reading the words “Pete Wentz is a douchebag” can get a little boring, so we thought we might liven up Pete’s internet experience a bit with some creative ways of illustrating the synonymity: 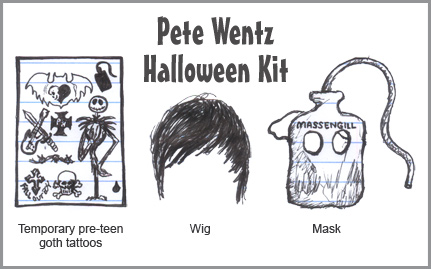 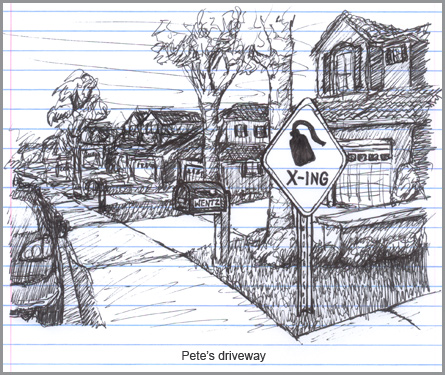