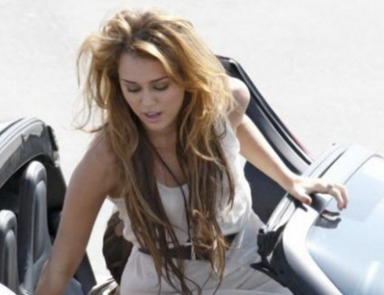 Notorious blogger Perez Hilton reportedly tweeted the uncensored version of the above Miley Cyrus upskirt photo early this morning.  There are two big problems with this photo if that’s a fact.  The first is that Miley Cyrus is not yet 18, which would qualify the uncensored photo as child pornography!  The second problem is that the photo appears to be doctored, and poorly I might add,  the hips do not line up with the rest of the body.

The photo has been removed but as of this post the tweet is still up on his page.  I would guess that one of Hilton’s lawyers has had a busy morning.  Here is what Perez tweeted:

It should be interesting to see how this plays out! Perez is certainly no stranger to stirring the pot and causing controversy, and I’m sure the internet will be all abuzz about underage this and libel that with Perez poking his head up on numerous talk shows to argue his case and promote his site.

(Do I get kudos for avoiding jokes like “No Panty Montanny” and “Twatter?”)