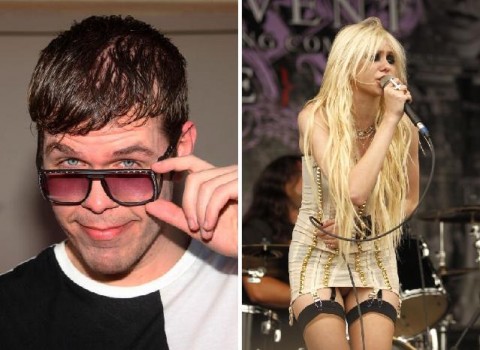 The controversial self described “Queen Of All Media” Perez Hilton has moved on from Miley Cyrus and has now set his twitter inappropriate under-aged stun-gun on pop singer Taylor Momsen.  The two have been going back in forth in a Twitter war involving the discussion of bedroom toys.  Taylor is 16 and it seems like Hilton is bound and determined to get himself in trouble.

Here is a breakdown of the Twitter adult toy throwdown.  The first haymaker thrown was by Perez Hilton in response to a recent interview with Disorder Magazine in which Momsen is paraphrased as stating:

Taylor caught wind of the post and had a little something to say, or should I say tweet about it:

As we have all come to expect, Perez couldn’t leave it at that and his next response just took this whole sordid thing to the next level, a level that is uncomfortable at best.  Perez provided a little suggestion for Taylor:

You can check out the image of what Perez attached here but be warned it is an inappropriate image for work.  It is another adult toy but one of a particularly graphic nature.  Obviously Taylor was offended by the Perez suggestion and retaliated with the following comment bringing up the whole Miley Cyrus upskirt controversy:

Unsurprisingly the jail threat did not deter Hilton from responding to Taylor.  He fired back with this quick insult:

OK, but who from The Notebook did Brandi Glanville and Scheana Marie both sleep with?