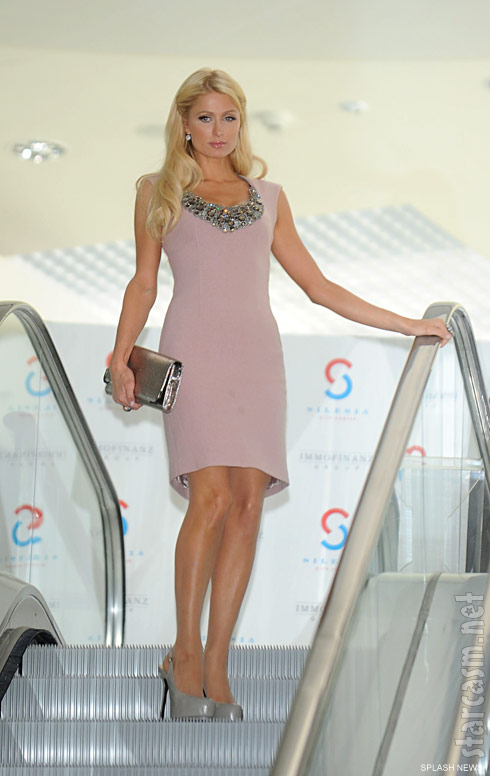 I’m not much of one for the use of hyperbole, but if the situation allows for it I’m willing to concede. I did my research (i.e. typed in “Polish escalator” in google images) and I feel fairly confident that we can officially put this photo of Paris Hilton in Katowice, Poland atop all other Polish escalator contenders.

The photo is like a color-altered snapshot from the new retro inspired TV series Pan Am, except without the hats and the disappointing Forrest Gumplike plot lines. In lieu of the bright blue stewardess uniform, Paris wears a muted pink dress with bejeweled neckline that is of an appropriate length for escalator descension.

I can just imagine sitting down in the food court munching on a corned beef-fil-a sandwich and seeing that visage floating down towards me from the Macy’s above. (Cue harp music and doves)

You know, Paris might be onto something here! For those women challenged by the notion of descending a stairwell in six-inch stiletto heels (Ahem, Dana Wilkey), could there be a better friend than an escalator? Just strike a pose and freeze as you gracefully descend. Brilliant! Paris talked about her arrival in Poland on her website:

I just arrived in Poland and I am very exited for my very first trip here! I always love seeing new places and going to countries I have never been before. I’ve had a long trip here and I have a big day ahead of me tomorrow so I am going to take a bubble bath and get some sleep!

In case you were wondering what Paris was doing in Poland, she was there to participate in the opening ceremonies for the latest addition to the Silesia City Center mall. From ParisHilton.com:

She is controversial, she is constantly in the headlines and gossip portals, adores shopping and the whole world knows her – Paris Hilton will come to Poland for the first time. During her visit in Katowice, she will take part in the opening of the new part of one of the biggest shopping malls in Poland – Silesia City Center. The star will meet the residents of the region, fans and will do some huge shopping.

The actress and model is known for her passion for luxury and shopping, thus, in the opinion of the representatives of the mall – the choice was obvious. Silesia City Center will be one of the biggest shopping centers in southern Poland, that is why the idea originated to invite one of the world’s biggest shopping fans for the opening.

We hope that the event will be “hot” – says Dominika Musialik, marketing manager of Silesia City Center.

Well Dominika Musialik, I think you have succeeded! The event, just like your name, is definitely hot!

To close off this momentous post laden with significance, I’d like to share some comments left on ParisHilton.com after she announced she would be visiting Katowice:

“Hi. In which city will be.” (Posted by: Krzysztof Bańka)

“you, always were the best sun glasses/ also I like the shiney thing in your right hand/ I think it may be a cell phone..” (Posted by: Kevin Kuhn)

“Beautiful Face, have a great time in Poland. I love you so much i’d wash my face with your saliva!” (Posted by: Lorne Cooper3)

Hmmmm… perhaps Paris Hilton has a new contender for her biggest fan!

UPDATE – Here are a couple more photos of Paris looking great in Poland, though neither of them are on an escalator… 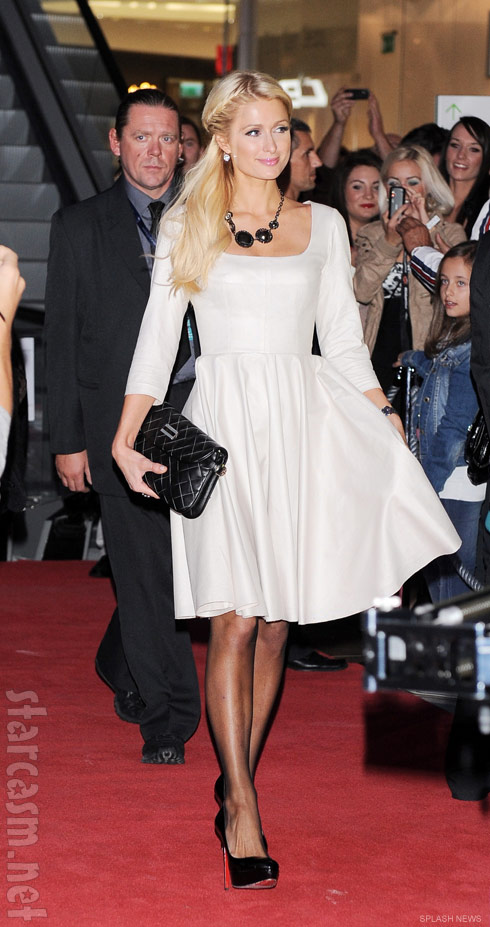 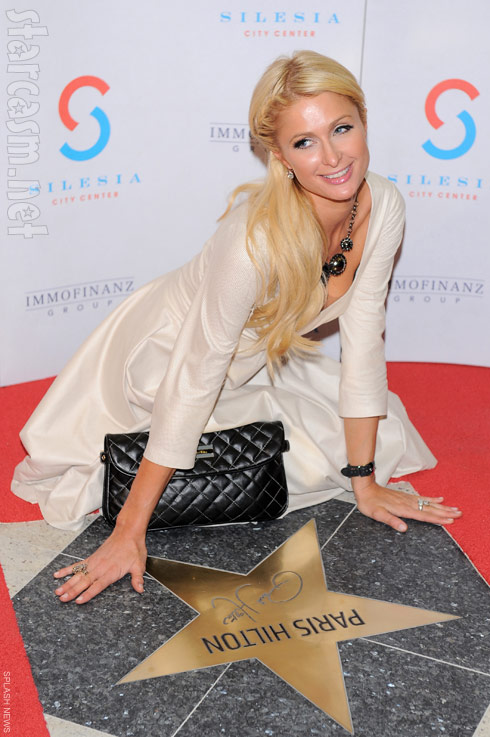 Britney, Paris And Lindsay To Star In HBO Sitcom?