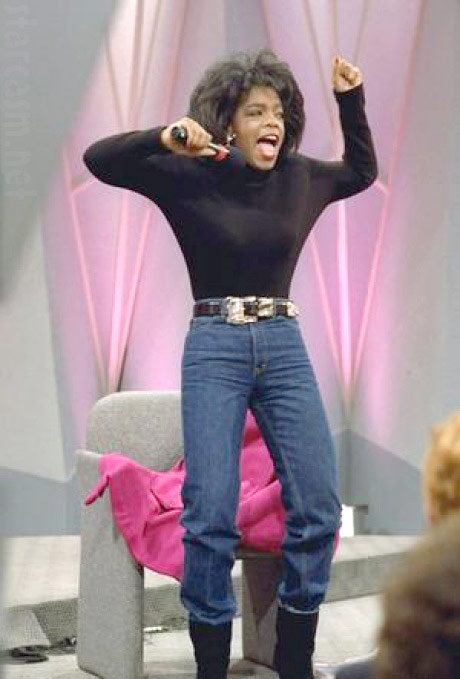 As part of the Television Critics Association Press Tour the Oprah-founded Oxygen network, who brought us such fine reality programming as Bad Girls’ Club and All My Babies’ Mamas, announced yesterday that it will be adding several new shows to its 2013 lineup, including a the reality show Fat Girl Revenge.

“This is not another weight loss or makeover show, it’s a series about settling the score after the pounds have been shed,” the press release begins. “Each episode follows two new inspiring and unapologetic women, who were once discounted, humiliated and rejected because of their weight, as they stand up to their bullies and finally get even.”

This concept sounds like a horse by committee to me. I can just see the show’s creators sitting around a boardroom table at a brainstorming session creating a list of elements their new show should have, with the end result being the most perfectly conceived reality show concept of all time!

It’s thin, sexy women who are also overweight and sassy seeking revenge (and the inevitable drama and hair-pulling cat fights). It’s Biggest Loser meets Bad Girls’ Club meets Real Housewives meets Revenge — all rolled into one! All that’s missing (and it may not be — we’ll have to wait and see) is either one of the women being pregnant (without knowing would be a bonus), or if one of them is a hoarder or addicted to plastic surgery. That being said, just like all reality shows, it’s going to boil down to whether or not the women starring in it are entertaining, either in a an admirable way or not. 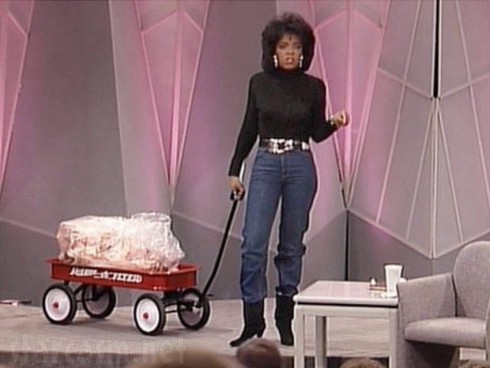 “After getting healthy, these former ‘fat girls’ get the chance to live out their fantasies and seek payback against their former offenders from ex-boyfriends, former classmates to even members of their own families,” the press release continues. “For those who inflicted the hurt, revenge is going to be something they never expected, but for these women, this golden opportunity for transformation and retribution will empower them to move forward from their painful past.”

Joining Fat Girl Revenge will be new Oxygen shows Find Me My Man featuring no-nonsense Miami matchmaker Natalie Clarice, and Too Young To Marry? about very young couples insisting they are old enough to tie the knot.

No premiere dates have been released yet for Fat Girl Revenge or the other other shows listed.

Here is the complete press release from Oxygen Network:

And Greenlights Pilot for “Propos’d”

PASADENA, CA – January 7, 2013 – After ending 2012 as the youngest women’s network and #1 women’s cable network on Monday prime for all key demos, Oxygen Media announced today it will expand its original programming with three new series “Fat Girl Revenge,” “Find Me My Man” and “Too Young To Marry?”, as well as a pilot for “Propos’d.” These new greenlights focus on unconventional programming that speaks to the network’s audience of young women in an authentic voice they can relate to and embrace what they crave – unapologetic and ambitious characters living life on their own terms. These series join the new highly anticipated competition series “The Face,” premiering Tuesday, February 12 at 9pm ET/PT, featuring supermodel coaches Naomi Campbell, who also serves as an executive producer, Karolina Kurkova and Coco Rocha with host Nigel Barker; along with returning hits “Best Ink” and “I’m Having Their Baby,” set to premiere in 2013. The announcements were made today by Rod Aissa, Senior Vice President of Programming and Development for Oxygen Media. For more information, visit www.oxygen.com and follow us on Twitter at www.twitter.com/OxygenPR.

“By embracing these larger than life characters, these new series capture dynamic stories of determination and heart that will leave viewers feeling a range of emotions,” said Aissa. “Building upon Oxygen’s creative momentum, these authentic, ‘live out loud’ series are integral to super-serving our young female audience with more high stakes, noisy hooks and unexpected moments.”

This is not another weight loss or makeover show, it’s a series about settling the score after the pounds have been shed. Each episode follows two new inspiring and unapologetic women, who were once discounted, humiliated and rejected because of their weight, as they stand up to their bullies and finally get even. After getting healthy, these former ‘fat girls’ get the chance to live out their fantasies and seek payback against their former offenders from ex-boyfriends, former classmates to even members of their own families. For those who inflicted the hurt, revenge is going to be something they never expected, but for these women, this golden opportunity for transformation and retribution will empower them to move forward from their painful past.

Formerly known as “Heart & Soul,” this dynamic new dating show centers on the outspoken and no-nonsense Miami matchmaker Natalie Clarice who runs a successful agency helping urban professional women fix their solo status. With her own brand of tough love and in-your-face attitude, she’s determined to crack Miami’s hardest cases and isn’t afraid to tell it like it is to her strong-willed clients, who are hesitant to change their ways. Through unique techniques, Natalie and her team of romance strategists put these stubborn single ladies to the ultimate test to find their match.

“Find Me My Man” is produced by Endemol USA. Jason Sands is executive producer.

“Too Young To Marry?”

They might not be old enough to buy a six-pack or vote, but these couples think they are old enough to say “I do.” This drama-filled docu-series, formerly known as “Teen Weddings,” follows opinionated teen couples who are determined to walk down the aisle with or without the blessings of their family and friends. With parents threatening to disown them or cut them off financially, older and wiser siblings begging them not to make the biggest mistake of their lives and friends pulling them in opposite directions, these young lovers must battle it out with the haters and doubters to prove that age doesn’t matter and their love is forever.

“Too Young to Marry?” is produced by A. Smith & Co with Arthur Smith, Kent Weed, Frank Sinton and Adriane Hopper serving as executive producers.

Marriage obsessed women, who constantly push and nag their boyfriends for an engagement, finally get a taste of their own medicine in this outrageous hidden-camera series. To get back at their ring-obsessed girlfriends, mischievous, but well-meaning guys come up with insane, over-the-top and hilarious proposal stunts. The payback is all in good fun because at the end of each prank they will get down on one knee and finally pop the question.

“Propos’d” is produced by 11 Television with Kevin Healey and Jesse Fawcett serving as executive producers.

About Oxygen Media
Oxygen Media is a multiplatform entertainment brand that delivers relevant and engaging content to young women who like to “live out loud.” Oxygen is rewriting the rulebook for women’s media by changing how the world sees entertainment from a young woman’s point of view. Through a vast array of unconventional and original content, including “The Glee Project,” “Best Ink,” “I’m Having Their Baby” and “Bad Girls Club,” the growing cable network is the premier destination to find unique and groundbreaking unscripted programming. “The Glee Project” is a winner of a 2012 Gracie Award which honors programming created for women, by women and about women for “Outstanding Reality Show.” A social media trendsetter, Oxygen is a leading force in engaging modern young women, wherever they are, with popular, award winning features online including www.OxygenLive.com, the real time social viewing party that is also available as an app for the iPhone and iPad. Oxygen is available in 80 million homes, and can be found online and on mobile devices at www.oxygen.com. Follow us on Twitter at www.twitter.com/OxygenPR. Oxygen Media is a service of NBCUniversal.

Does The Great British Baking Show winner get any prize money?