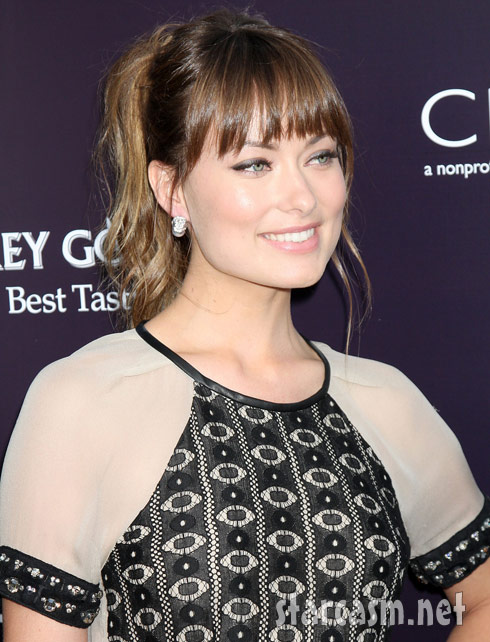 If you were to believe all the rumors about actress Olivia Wilde and the A-list actors she has supposedly dated you would assume that her surname was certainly appropriate!

The 27-year-old sexy brunette actress best known for her role as Dr. Remy Hadley on House, M.D. has been spotted out with Bradley Cooper and linked, like every other single woman in Hollywood, to Justin Timberlake. Each time photos surfaced, speculation would pile up on the recently divorced Wilde with folks wondering who would be her latest beau o’ the day. Well she took to Twitter and finally solved the riddle by taking a private bed-cuddling photo with whom she called her “only boyfriend.”

Olivia Wilde and her dog: 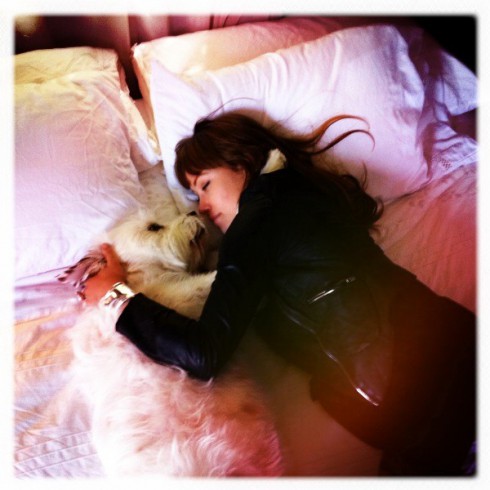 Wilde was married 8 years to Tao Ruspoli but the couple went their separate ways in March. She’s kept a great attitude in regards to the love life innuendo which is only highlighted by the above tweeted photo. Here’s what she tweeted along with the puppy-lurve (includes errors):

Ok I know I’m not supposed to tweet sexy photos (da*n you Wiener) here is my and my (only!) boyfriend in bed.