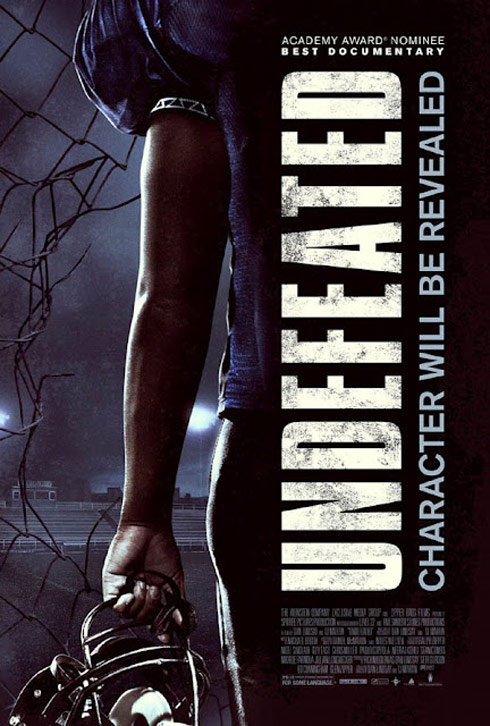 I don’t mind revealing a little bit of my nerd self and admitting that I love me some documentaries. This is always my fail-safe genre to peruse when I’m looking for something to catch on Netflix. I’m especially drawn to sports documentaries, so when I heard that the film Undefeated won for Best Documentary at last night’s Oscar awards, I was excited to check it out.

Here is the description courtesy of Rotten Tomatoes:

Set in the inner-city of Memphis, ‘Undefeated’ chronicles the Manassas Tigers’ 2009 football season, on and off-the-field, as they strive to win the first playoff game in the high school’s 110-year history. A perennial whipping boy, in recent decades Manassas had gone so far as to sell their home games to the highest bidder, but that all changed in the spring of 2004 when Bill Courtney, a former high school football coach turned lumber salesman, volunteered to lend a hand.

Here’s the official trailer for the film that has a 93% rating via Rotten Tomatoes and a similarly high score of 71 via Metacritic:

Looks damn good and downright award-worthy! If you’ve seen the doc already let us know your thoughts in the comment section below.