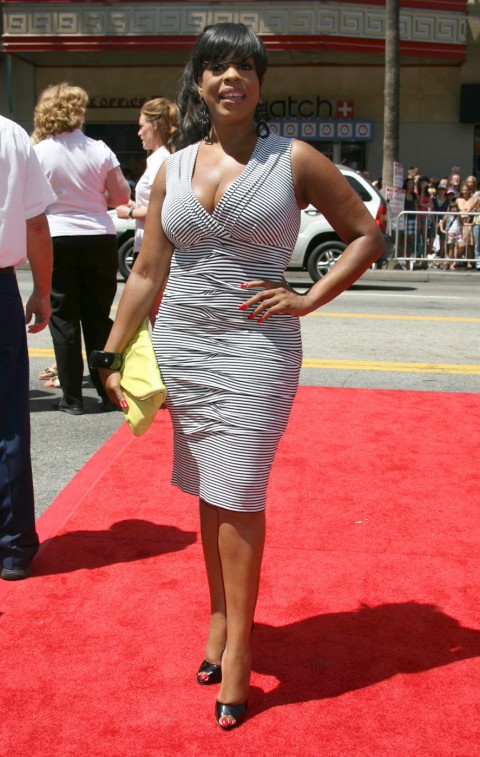 The glorious Niecy Nash (who b tee dubs, wore a prosthetic booty for her role in Reno 911!) started her turn on Dancing With The Stars this week. Unlike Kelly Osbourne, who used it to lose some weight, Niecy insists she doesn’t want to change herself too drastically, and told Bonnie Hunt that she “loves her jiggly parts”

The night after the broadcast, Niecy tweeted the following, spreading the “love your jiggly parts” message far and wide:

and then again this morning, sent out another body positive message to her followers: 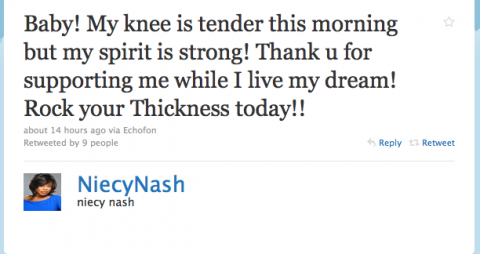 It’s awesome Niecy loves her curves. I’m sure many men (and ladies) throughout the world are also in love with her jiggly parts!