Starpulse is reporting that Paris Hilton has finished recording her second album but is having difficulties finding a record label to release it. (Perhaps the lead story in the next edition of “Duh Magazine?”) Paris says, “I’m figuring it out right now. I’m not sure which label I’m doing it with. I wrote all the songs, it’s very dance, like Kylie Minogue.”

(Wait a minute! Haven’t we heard those first two sentences before? We think P Twitty is mad-libbing her public statements! “I’m figuring it out right now. I’m not sure which _____ I’m doing it with.” We’ll keep a distant close eye on Paris and let our readers know if the mad-libbing trend continues.)

Under the Warner Brothers umbrella, Paris created Heiress Records back in 2004 and released her debut Paris in 2006. That album sold a whopping 180,000 copies in the US! To be able to comprehend that number, try thinking in these terms:

If all the Paris cds sold were laid end to end, it would reach from Los Angeles to a few miles outside of Los Angeles!

If the recent government bailout package for Wall Street were to instead go to doubling sales of Paris, that would mean each cd would cost $3,888.89!

That is enough CDs to give every resident of Wasilla, Alaska 18.36 copies!

If you took 180,000 Paris cds and gave one to every person that was happy with the Rosie Live variety show, they would each get 180,000 CDs!

If Joe the Plumber’s debut sells that many copies, he will have to price them at $1.38 to avoid Obama’s tax increase!

Heiress Records has since broken up with Warner Brothers (of course – sounds like a Paris headline) and it seems the other major labels are a little wary to jump on the current project. We think it’s a downright shame the new record can’t find a home. The album might actually be bad, but we don’t think the “marketability” problem is with P. Heiress’ talent as a singer. We think her skills have just been mismanaged. Paris is a social animal, and her special abilities surface when she is with lots of people. So, our suggestion is that she form a band!

Putting Paris on stage with some peeps will not only make her feel like she’s at a nightclub, it’s also instant drama for the fans! Forming the band could be a reality show. (Paris’ BMF – Band Mate Forever!) On tour, tabloids will constantly try to guess which band member Paris is currently with. There will surely be one of those Guitar Hero games specifically for them. She can wave, smile, drink and play with Tinkerbell during long instrumental solos. Genius!

Now, all they need is a name. Hmmmm…How ’bout these:
Hoochie and the Blowfish
Ill Diva
Blonde Jovi
Ho Patrol
Rascal Flirts
Nicoldplay
Tinkerbelle & Sebastian
and… 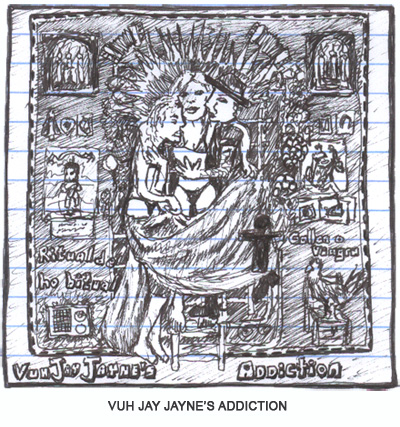 Sadly, some of the best names are already taken, including Boyz II Men, Supertramp and… 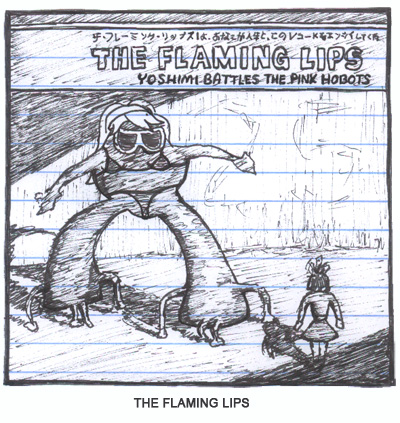