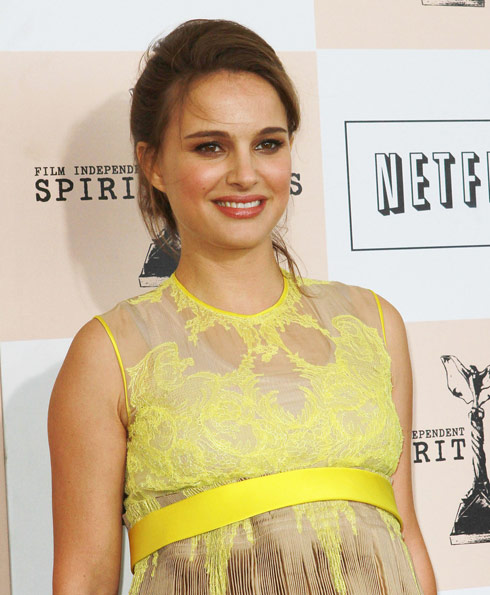 There’s a Mini-Millepied in the house or a Port-son if that’s your preference as Natalie Portman and fiancé Benjamin Millepied welcomed a baby boy to this big ol’ beautiful world yesterday.

People got the scoop on the little bundle of joy as it’s been confirmed that the V for Vendetta star and her choreographer mate are now mommy and daddy. Portman is notably hush about her private life and has done her best to remain out of the spotlight during her pregnancy. Back in January while promoting her film “No Strings Attached” she had the following to say about her public pregnancy:

“It’s very positive interactions, I have to say,” Portman said of her well-wishers. “The weird thing is … people knowing something that is so private but, I mean, you get used to that. It’s just wild to walk down the street and have a complete stranger be like, ‘Congratulations!’ It’s so nice, but it’s a new experience to have people know that much about your most private things. [But] it’s all good.”

Portman and Millepied met while filming the acclaimed film Black Swan in which she won the Oscar for Best Actress. There’s no word yet on the little tyke’s name or when the two lovebirds plan to exchange vows.

If you’re unfamiliar with the man who landed Natalie and your jealousy is blinding you here’s a photo of the looker from a gap ad. He’s a hunk, he can dance and he’s articulate. Darn that dancing part Millepied! 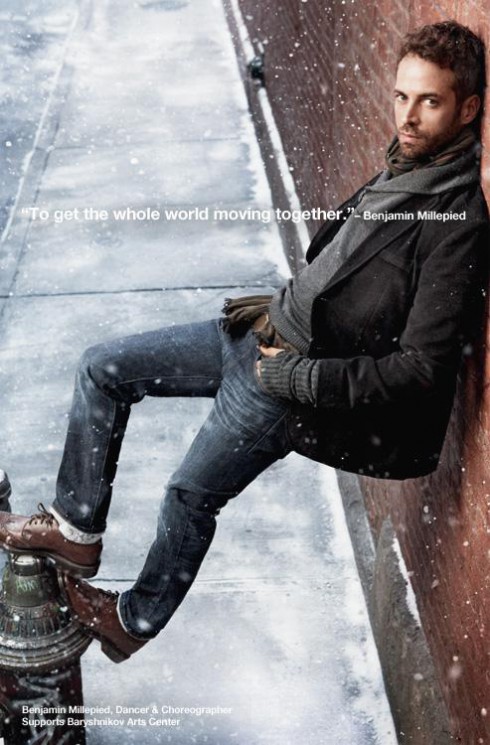