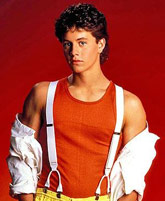 LeAnn Rimes Twitter photo not in a bikini! – Amy Grindhouse

Some things Snooki should know if she’s pregnant – Jezebel

What could be happier than Modern Family at Disney? – Have U Heard?

We found it on Netflix instant: Stay Cool with Wynona Ryder – Grantland