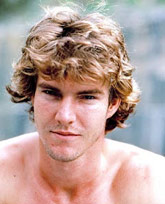 Dennis Quaid is back on the market – Popbytes

Behind the scenes at NBC’s Fashion Star – Betty Confidential

Pattinson and Stewart fighting over his unibrow? – I Need My Fix

Patrick Schwarzenegger got an owie on his butt – Allie is Wired

26 stars who are aging gracefully – The Frisky

Adele’s performing future still in jeopardy – Have U Heard?