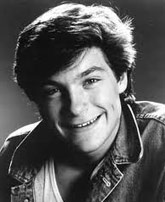 The worst celeb tweeters you should unfollow – HuffPost

Is Jennifer Lopez back with P Diddy? – Celebrity Dirty Laundry

What’s up with Kate Bosworth’s hair? – The FAB Life

Glee is only the beginning for Lea Michele – Betty Confidential

Beyoncé recruits Kelly Rowland for “Party” video – Straight from the A

Did someone create a company just to give Romney a million dollars? – Daily Intel