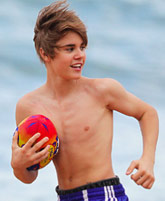 Justin Bieber wrote a song about Mariah Yeater – The Superficial

Police handcuff kindergartner for having a tantrum at school – Betty Confidential

Chris Colfer on his blackmailing past – OMG Blog

Deion Sanders faces assault charges now too – Straight from the A

Beyonce is People’s “World’s most beautiful Woman” – Have U Heard?