By now I’m sure you’ve all seen the infamous Sarah Palin turkey slaughter video that went viral last week. Sarah Palin visited her hometown of Wasilla, Alaska to ceremonially pardon a turkey and gave an interview afterward, during which an employee of the turkey farm crams turkeys head first into some sort of bird grinder/chipper thing. 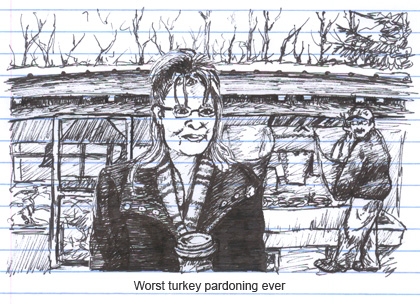 The video has resulted in tons of publicity for Palin, most all of it in the form of ridicule or outrage. I think we’ll try our hand at the former.

In a surprise move, starcasm reporters have discovered that the predictably unpredictable Alaska governor is planning future interviews with similarly gruesome things in the background! Here’s a few of her planned stops: 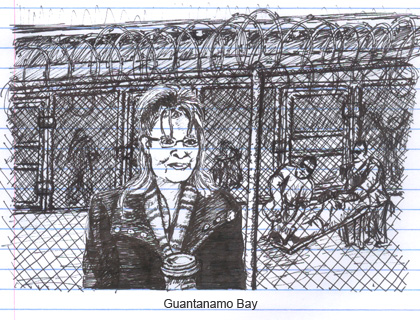 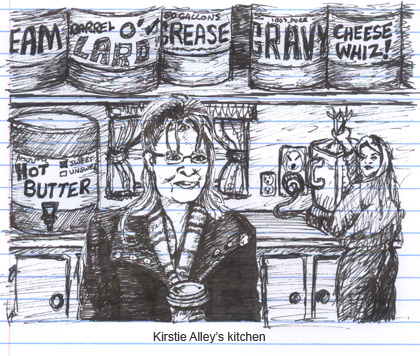 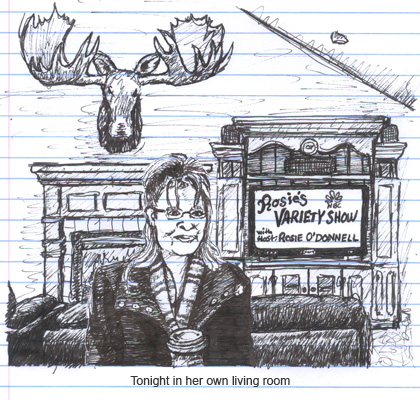 Here’s an amazingly prophetic cartoon by Mike Luckovich that came out before turkeygate – and some other folks making fun of the incident, including David Letterman’s “Top 10 Sarah Palin Excuses For the Turkey Slaughter.”

Did Sarah Palin Get Breast Implants?