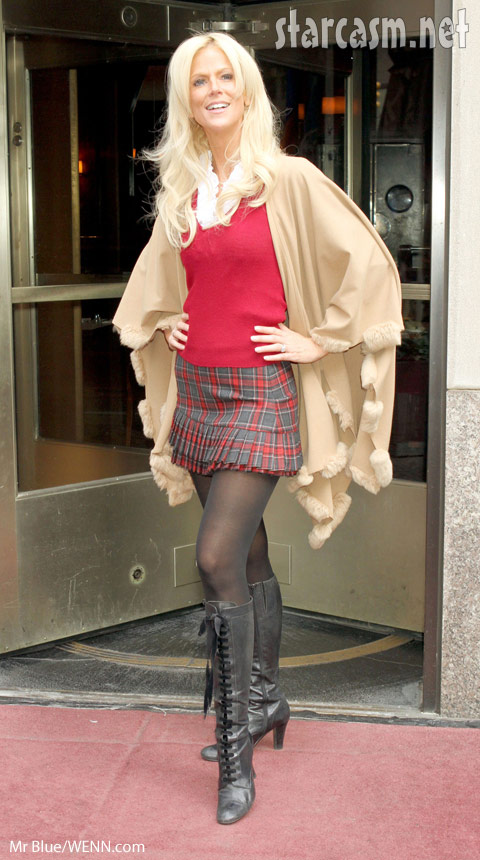 Most people lie by claiming they don’t have an addiction when they do. Michaele Salahi appears to be have lied about having an addiction to get on the reality show Celebrity Rehab.

“Michaele Salahi was discharged by Dr. Drew Pinsky approximately one hour ago. Michaele has a ton of issues but she clearly has no addiction issues, whatsoever.”

Actually, Michaele probably does have addictions: to fame, and to lying, but regular Celebrity Rehab is for drug and alcohol addiction (though they did have a sex addiction spin-off, so we may see a famewh0re addition in the future.)

Michaele has lied about being a Redskins cheerleader, possibly about having an invitation to the White House for Obama’s first State Dinner (which was a scandal heard around the world, and filmed for Bravo’s Real Housewives of DC), and many doubt that she was being truthful when she claimed to have MS.

Speaking of the MS (Multiple Sclerosis,) Michaele’s husband Tareq claimed that Michaele only checked into Celebrity Rehab to receive help from Dr. Drew for her MS.

According to Radar Online’s source, Micheale was complaining that Dr. Drew wasn’t treating her MS properly, but Dr. Drew did a battery of tests and found that Michaele had no neurological problems.

Tareq maintains both that his wife has MS, and that she was on the addiction show to treat it:

“My wife takes her health situation very seriously, she has a real diagnosis of Multiple Sclerosis.  You know, we can show you a bunch of emails about what they wanted her to pretend to be, therefore, but that’s going to come out later on with one of the major networks.”

The controversial husband, who has quite a bit of drama and financial problems with his family business Oasis Winery, was living in Michael Lohan’s West Hollywood apartment while he wife filmed Celebrity Rehab with Michael Lohan.