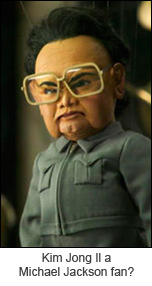 Deepak Chopra’s son Gotham Chopra was a friend of Michael Jackson’s and he shared the memories of the last time he talked with Michael in a blog entry on The Huffington Post.

The phone conversation took place three weeks before Jackson’s death and the singer had been reading about North Korea’s detainment, trial and conviction of Laura Ling and Euna Lee.

“Do you think,” Michael said hesitantly, “that the leader of North Korea could be a fan of mine?”

Chopra seemed as surprised as anyone to be asked that question. Actually, Kim Jong Il is famously rumored to be a fan of such Western

pop icons as Elvis, Elizabeth Taylor and Michael
Jordan, so the question wasn’t really all that
far-fetched. Michael went on to say, “You know,
he wears jackets like mine.”

“I don’t really know,” I answered Michael. “But I can try and find out.”

“Please,” Michael responded without hesitantly, “because maybe if he was a fan, I could help get those girls home.”

I explained to Michael that there were larger geo-politics involved, nuclear programs, a new administration trying to assert its foreign policy strategy (Obama), and another one in NK possibly going through some sort of transference of power.

“Yeah,” Michael said wistfully, “but if someone wants to do something good, they just can. They don’t really need to worry about all that other stuff.”

I put some of the newbie starcasm staff members on the case and they dug up this very rare cd that all but confirms Michael Jackson could have been the one to put out the political fires in North Korea: 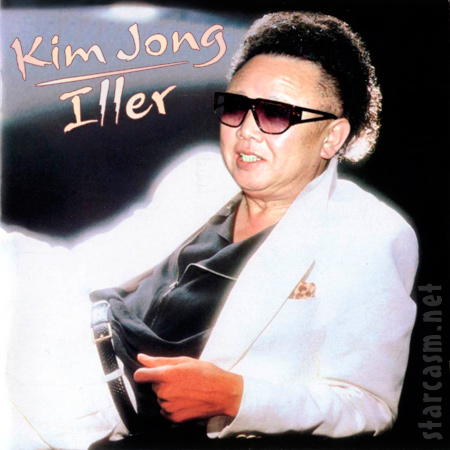 Highlights on the record include a straight-forward cover of “Wanna Be Startin’ Somethin'” as well as the re-penned “Hunan Nature,” a scathing indictment of Chinese diplomatic policy. Not so great are KJ’s poor renditions of “Birrie Jean” and “The Rady In My Rife.”

VIDEO: Firefighters should save lives, not rap