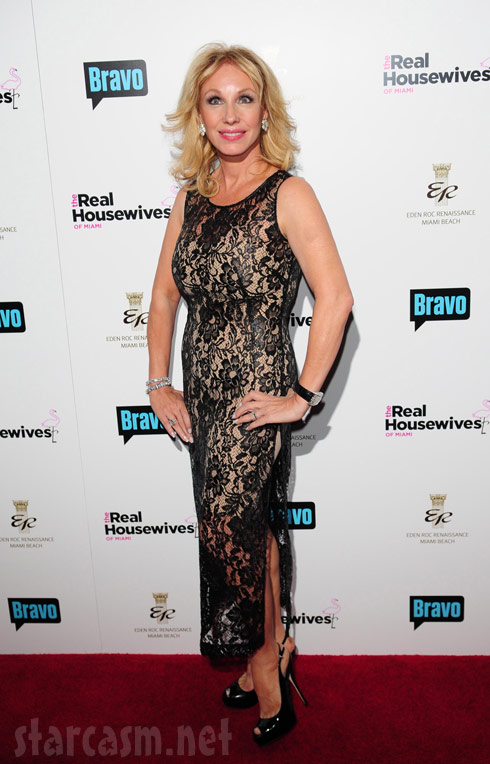 It seems like The Real Housewives of Miami are FULL of drama, the problem is that it’s all coming outside the realm of the taped show!

The leader of the pack for this periphery posturing is Lea Black.  Her call in and call out of Cristy Rice to Watch What Happens Live is one of the best Housewives moments I can remember but it happened outside the taping of the show.

Now Black, the wife of powerhouse attorney Roy Black, has posted an opinion piece on The Huffington Post in which she rails on the Republican Party.  It’s your usual talking points polarizing political piece calling out the Tea Partiers, Representative Boehner and Sarah Palin.  You can read it here but it’s about what you’d see on any of a million political blogs or hear from talking heads on TV.

In a previous post I detailed the interesting history of Lea being a juror at the William Kennedy Smith rape trial in which her husband was the defense attorney.  She cites that experience as the driving force behind her political motivations.

Following up on her op ed, she made the following comment to E about Sarah Palin in particular:

“Sarah Palin is the sideshow in the circus that everyone wants to watch, but that most people don’t take seriously,” Black told us when we chatted with her earlier today. “The Republican Party has become a circus and she’s the sideshow act that everyone likes to laugh at, not with.”

So what do you think about a Housewife pushing out her opinions in regards to politics?  Me?  I just wish there was more of this Miami heat on the show itself.