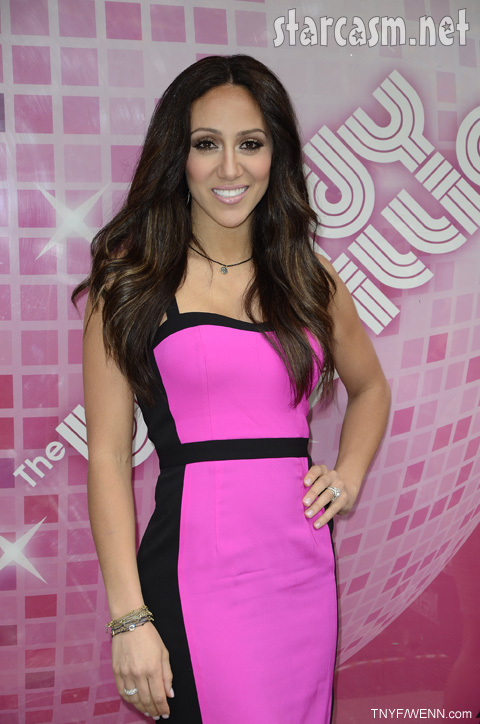 Last week some rumors came out about why Joe and Melissa Gorga sold their gorgeous $3.8 million mansion (possibly sister-in-law Teresa was the source?) They claimed Joe and Melissa moved in to the big house to be on the show, and that they’re now selling because they can’t afford the adjustable interest rate (for a while it was reportedly a “builder’s rate” at 0.)

Melissa look gorgeous on Wendy Williams (in a cute pink-and-black Jay Godfrey dress Lisa Vanderpump also rocked recently) and said that they have lived in the house for two years before being on the show (so reports that they moved in after Melissa was cast are erroneous.) She also said that her husband Joe is a builder, and what they do is build homes to sell them. They also want to move back to Franklin Lakes to be closer to where Joe works (if my memory serves me, Caroline and Jacqueline also live in Franklin Lakes.) They also want to be where they’re going to stay.

“Since when is selling your house mean you can’t afford your house? Maybe some people are in that situation, but I’m not. I can set the record straight: Joe’s a builder, this is what he does. We’ve done it a couple of times before.

I saw a couple of things of people saying that I moved it in just to get on the show. I lived in this house two years before the show even called my phone number, so that’s not true.

This week Melissa also told US Weekly about Teresa trying to deflect negativity about herself by talking about other people: “It’s like, ‘Don’t look at me. Let’s talk about them.”

VIDEOS PHOTOS Gia Giudice performs in T.R.U.E. dance troupe, to be on Toddlers and Tiaras?