Looks like it’s going to be another Tequila Sunrise for Mad Max and Lethal Weapon 1 through 428 star Mel Gibson.  Coming just five short months after welcoming their daughter Lucia to the world he and his musician girlfriend Oksana Grigorieva are calling it quits.  Apparently Mel doesn’t know what women want.  It has been a whirlwind romantic run recently for Gibson as his wife of over thirty years, Robyn Moore, filed for divorce due to the ol’ irreconcilable differences on April 13th, 2009.

According to People Magazine’s source the couple will raise Lucia together and continue to be friends.  Lucia is Gibson’s eighth child having fathered the other seven with Moore.  Grigorieva also has a son with old Hollywood flame Timothy Dalton.

Hopefully Mel and Oksana will stay Forever Young and continue with a Braveheart as they move on with their lives.  Mel Gibson is currently in Mexico filming How I Spent my Summer Vacation.  Well, we know how he won’t be spending this summer vacation.  Here is another photo of the short-lived couple.

As always we are looking forward to what Gibson’s next move will be.  Hopefully it won’t look anything like this: 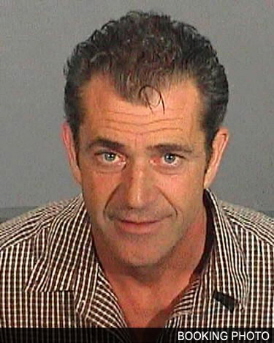