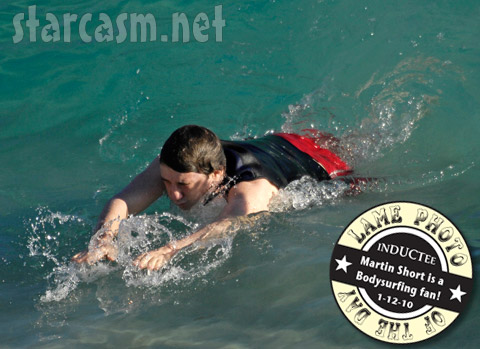 Martin Short bodysurfing is totally lame, I must say!

Really?!? I guess all the A-list celebrities leave St. Barts shortly after New Year’s, leaving behind nothing for photographers to shoot except male former SNL cast members washing up on shore. Hollydriftwood?

Here are the selling points from Fame Pictures so us bloggers can maximize the marketing potential of this dynamite pic:

Caption
Comedian Martin Short enjoys the water in St. Barths, France on January 11, 2010. Martin had a great time bodysurfing the waves but from time to time the waves would win and smash him into the sand.