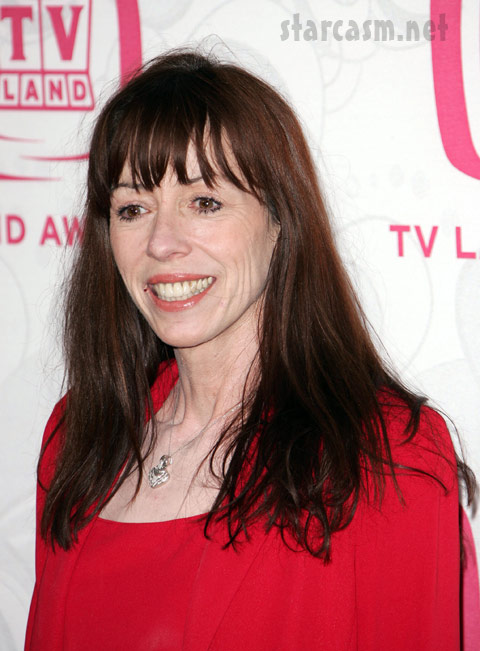 Mackenzie Phillips in 2007 at the 5th Annual TV Land awards

The secret has been revealed! Read here.

Mackenzie Phillips taped a segment with Oprah to promote her new book High on Arrival which details her lifetime of drug use encouraged by her father, John Phillips of The Mamas and the Papas. According to Oprah’s teaser for the show, which airs Wednesday, Mackenzie is going to drop a bombshell family secret she’s been keeping for the past 31 years:

Mackenzie’s revels in her father’s pleasure den led to her being fired from “One Day at a Time.” Throughout the next decades Mackenzie was unable to shake her demons, and just last year the 49-year-old actress was arrested for cocaine and heroin possession at LAX.

Here’s Mackenzie describing the day she got arrested:

While Mackenzie may feel relief after getting a lot off of her chest, Tamerlane Phillips (38), isn’t happy with his half-sister’s Oprah appearance. The disgruntled sibling told Page Six:

“My family is and always will be a decrepit bowl of dog urine compared to Nityananda of Ganeshpuri. That is how great Nityananda is.” The In dian yogi died in 1961. “Wor ship Nityananda, not the Phillips family. Nityananda can protect you,” said Tamerlane.