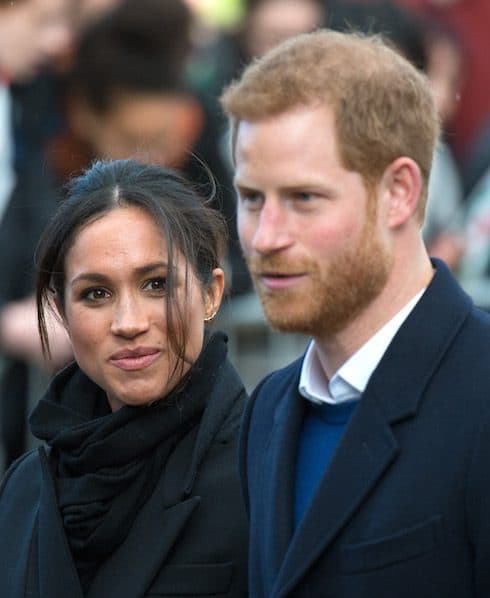 CELEBITCHY – In fairytale wedding news, Prince Henry and Meghan Markle’s forthcoming nuptuals will include, but not be limited to: a horse-carriage ride through the streets of Windsor; a vow exchange at St. George’s Chapel helmed by the Archbishop of Canterbury; and literal golden tickets to the reception. Veruca Salt still wants two

VERY SMART BROTHAS – The Obamas’ official portraits went public today. People have thoughts on them! The growing consensus is that Michelle got the better look, continuing her unbroken streak of winning every public head-to-head against Barack

CELEBUZZ – And speaking of YouTube, Shay Mitchell from Pretty Little Liars promised her assistant she’d go streaking around LA if she ever got three million subscribers. She hit the milestone last week, promptly dropped trou, and hit the bricks, leaving her assistant running to catch up. Shay Mitchell is raising the bar for content creators everywhere

UPROXX – In more social media news, Instagram will now notify you if someone takes a screenshot of your story; they’ll also tell you who took the screenshot (assuming the person is logged in). But it will only work for stories, not regular posts. And there’s already a loophole

DLISTED – Slow your roll, everyone who was excited by last week’s news that the Spice Girls were reuniting for a world tour: Posh “Victoria” Spice now says that the tour isn’t happening, though the group will get back together for…something

REALITY TEA – If you have dated Kristen Doute, you have had your phone ransacked by Kristen Doute. Also, if you are Lisa Vanderpump, Kristen Doute has stolen cutlery from your restaurant (and so has every other employee)

VOX – American figure skater Mirai Nagasu’s triple axel at the Olympics was somewhat overshadowed by the American commentators’ over-the-top reaction to it, but still really cool and impressive and worthy of all the superlatives it’s been getting. Here’s a tidy explainer on why the axel is such an elusive and tricky jump. Bonus: The article includes an official scoresheet, which is super helpful if you’re like me and haven’t been able to figure out why some skaters’ scores — like, say, Adam Rippon’s — aren’t as high as their performances would appear to merit

JEZEBEL – In other skating news: Ice dancing is ballroom dancing combined with barely-legal-in-public dry humping, so tune in if you haven’t been

LAINEY GOSSIP – 20-year-old Camila Cabello’s new boyfriend is a 30-year-old dating expert named Matthew Hussey. Matthew, who coaches woman, uses the professional mantra “Get The Guy,” which is passive-aggressive enough to remind me of the bit in Trainwreck where Amy Schumer is arguing with Bill Hader and she chides him for saying he likes going down on her. Anyway, here’s a photo of Camila and Matthew looking happy and cuddling on a Mexican beach