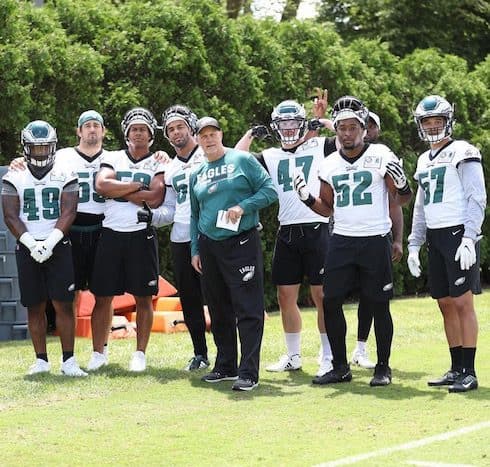 VOX – Miss America is doing away with the swimsuit portion of the pageant and adding a new “live interaction session with the judges.” In other words, the contestants will get to act more like people

JEZEBEL – Kelly Marie Tran, the first actress of color to have a lead role in a Star Wars movie, appears to have deleted her Instagram page in response to Star Wars fans’ relentless sexism and racism

LAINEY GOSSIP – Speaking of Ocean’s 8, here’s a photo gallery of co-star Helena Bonham Carter’s arrival in New York ahead of the movie’s American premiere. If she looks a bit rushed, it might be because she’s probably busy prepping to be the villain in the next James Bond movie

THE ASHLEY’S REALITY ROUNDUP – The Real World: Austin and The Challenge star Wes Bermann is now “married AF” after getting hitched to Amanda Hornick in a huge Kansas ceremony this weekend. Congrats! Enjoy this photo gallery & recap of the celebration, which featured a Real World: Austin reunion, along with a Johnny Bananas mini-controversy

THE BLEMISH – And here’s Elsa Hosk topless, if you’d like to see how that is