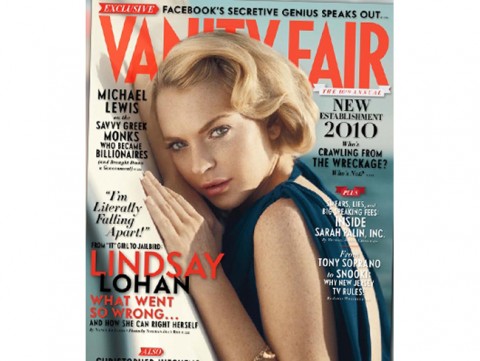 Just a few days before Lindsay Lohan took her confetti walk of shame to jail, she did a Vanity Fair interview and Grace Kelly inspired photo-shoot.

In the Octobor issue, which hits stands nationwide September 7, the fallen starlet again denied addictions to prescription drugs or booze, using as evidence her SCRAM bracelet.

“If I were the alcoholic everyone says I am, then putting a [scram] bracelet on would have ended me up in detox, in the emergency room,” she says, “because I would have had to come down from all the things that people say I’m taking and my father says I’m taking – so that says something, because I was fine.”

About prescription meds., from which she was weaned off of due to “misdiagnosis” during her short rehab stay:

“I never have – never in my life. I have no desire to. That’s not who I am. I’ve admitted to the things that I’ve done – to, you know, dabbling in certain things and trying things ’cause I was young and curious and thought it was like, O.K., ’cause other people were doing it and other people put it in front of me. And I see what happened in my life because of it.”

She blames her past “dabblings” on growing up in Hollywood, hanging with the wrong people, looking up to Britney Spears’ tabloid exploits, and having too much money and no structure at a young age. She says she now just wants to rebuild her career.

“I don’t care what anyone says. I know that I’m a damn good actress. I want my career back. I want the respect that I had when I was doing great movies. And if that takes not going out to a club at night, then so be it. It’s not fun anyway.” 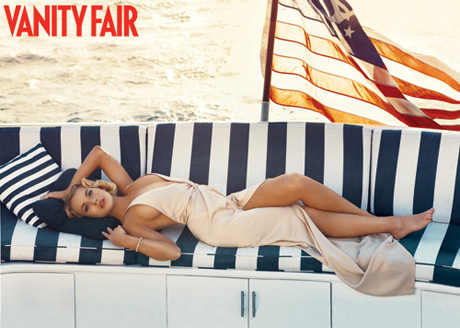 Video footage of the shoot: