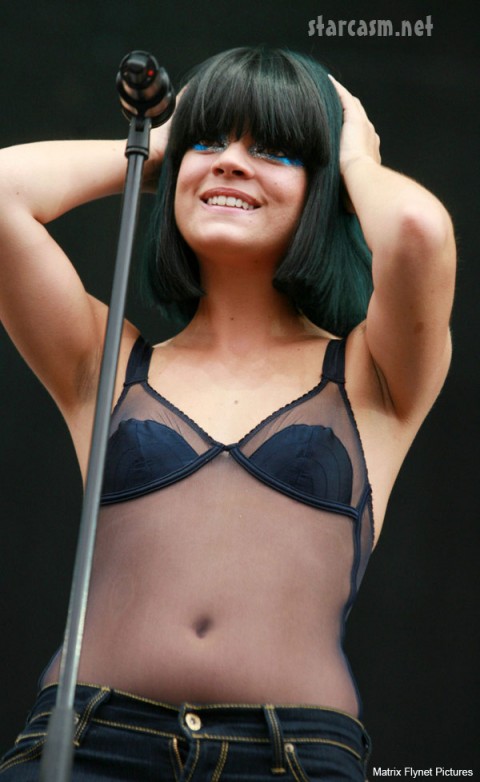 There’s a certain beauty to this fiasco. Lily Allen, enraged at music pirates put up a rant on her her new anti-piracy, called It’s Not Alright. The great thing about this is that she lifted an entire post from Techdirt without giving credit. The post she copied was about 50 Cent’s view on music piracy, basically he thinks it’s a necessary evil that can actually be very useful marketing.

Lily has since taken down all the posts on her blog (which is hosted on Blogspot, a free service), but according to PopEater and The Blemish, she used it as a platform to announce her retirement from the music industry:

“Just so you know, I have not renegotiated my record contract and have no plans to make another record. I do however remain a fan of new music, so this is not some selfish crusade. The days of me making money from recording music has been and gone as far as I’m concerned, so I don’t stand to profit from legislation. Except future purchases of previously recorded material. I finish up my dates in March and I’ll be ready to do something else,” Allen writes. “I’ve been on the road for four years and I’ve given my voice a real run for its money. I’m struggling, so I’m going to try something new.”

This is all very interesting, considering that the star has complained about money issues all year. In January, she complained about not making enough money from record sales, and in March she sold stories to UK tabloids about being so broke from “the credit crunch” that she had to sell her car. The Daily Record hints that maybe it’s Allen’s poor budgeting and decision-making skills that’s keeping her tight on cash. For example, she bought a Jamacian island in April while hammered.

So what is this “something new” she’s trying out? A London play called Reasons to be Pretty, which is about “the damaging cult of beauty among young girls.”

To further the confusion, her spokesperson told The Sun that she’s not quitting music after all:

“She is not quitting pop music and is still promoting her current album, which is why she said she is not thinking ahead to another record.”

Maybe Lily isn’t really gonna quit music, but it looks like music might be about to quit her.