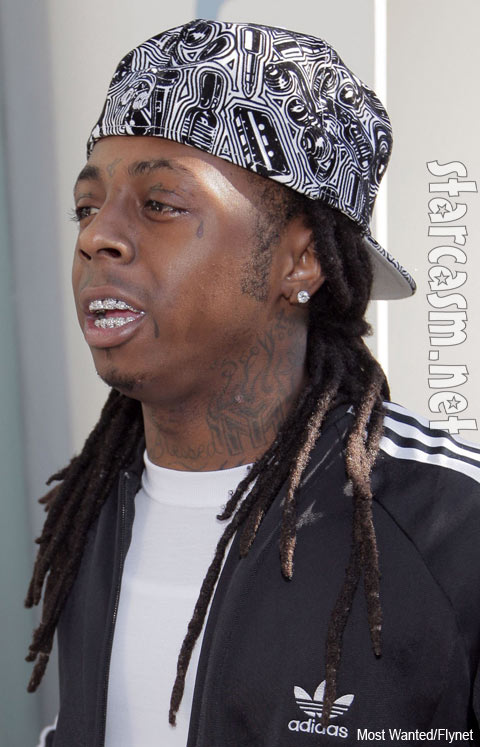 Google’s trending “Lil Wayne murdered” but it’s not true, he’s still alive well, and probably sippin’ on as much sizzurp as possible before serving jail time in 2010.

This may be a rumor, but Lil Wayne has had some pretty wacky headlines in 2009. The wackiest is probably this cake that Alec Baldwin and Kim Basinger’s daughter Ireland ordered up for her birthday ( I love how it says “Wade”): 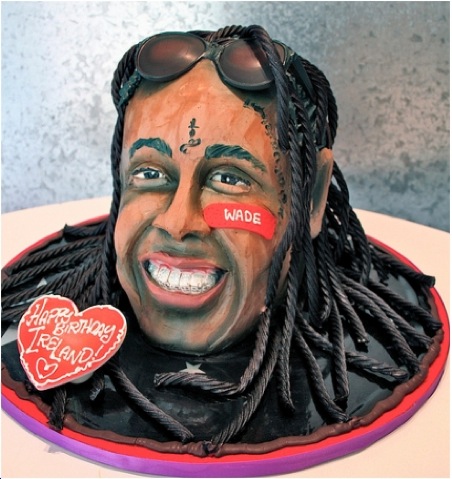 Wayne also got two women pregnant this year, and with Nivea and Lauren London they’ve both since given birth. He’s also got a 9-year-old daughter, Reginae, with ex-wife Toya Carter, and a son born last year who he calls Dwayne Michael Carter III. Oddly enough, Lil’ Wayne refuses to reveal the identity of Dwayne III’s mother.

Lil Weezy may not be murdered, but in an interview this summer he say he would be willing to murder newborn babies to defeat his enemies. That’s pretty harsh. Maybe Weezy should lay off the purple drank.

Lil Wayne’s former drug of choice, Sizzurp, is both popular and deadly